Viewers of EastEnders were left shocked as Stacey Fowler swore before the 9pm watershed.

In last night's episode of the BBC soap (October 28 2019) Martin went to meet his wife, who hasn't been seen on screen since August.

However, it was far from a happy reunion.

Stacey began questioning her husband over the cuts and bruises on his face, but he didn't want to tell her the real reason she couldn't return to Walford - Ben Mitchell threatened to kill her and her three children.

At first Stacey knew there was a reason Martin was behaving strangely, but the stall owner went to desperate lengths to protect Stacey. 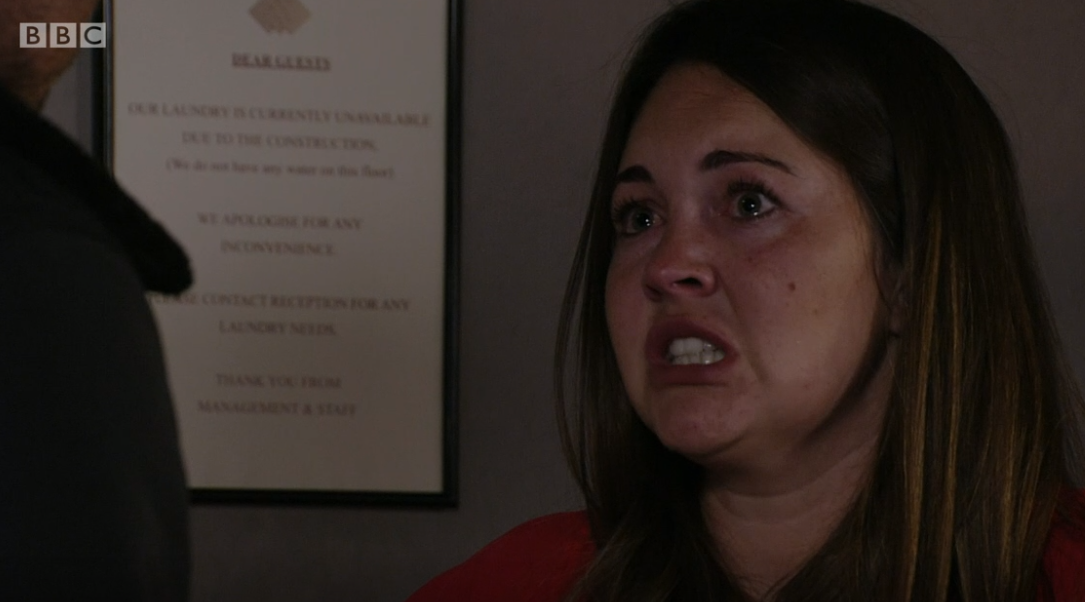 In order to get Stacey to believe he really wanted their marriage to end, he told her he had slept with his ex-wife Sonia.

Stacey said they could work through it, as she had cheated in the past, but Martin told her he didn't want to and he wanted to be with Sonia.

Stacey's reaction left viewers stunned as she said: "You [bleep]" before slapping him across the face.

For those of you wondering what she said, the word rhymes with 'mastered'.

Anyone else notice that Stacey from #EastEnders swore in tonight’s episode!!! 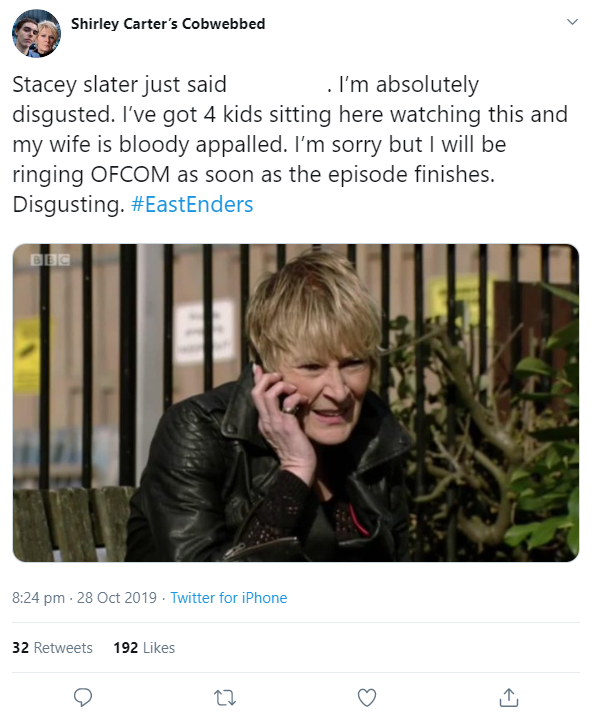 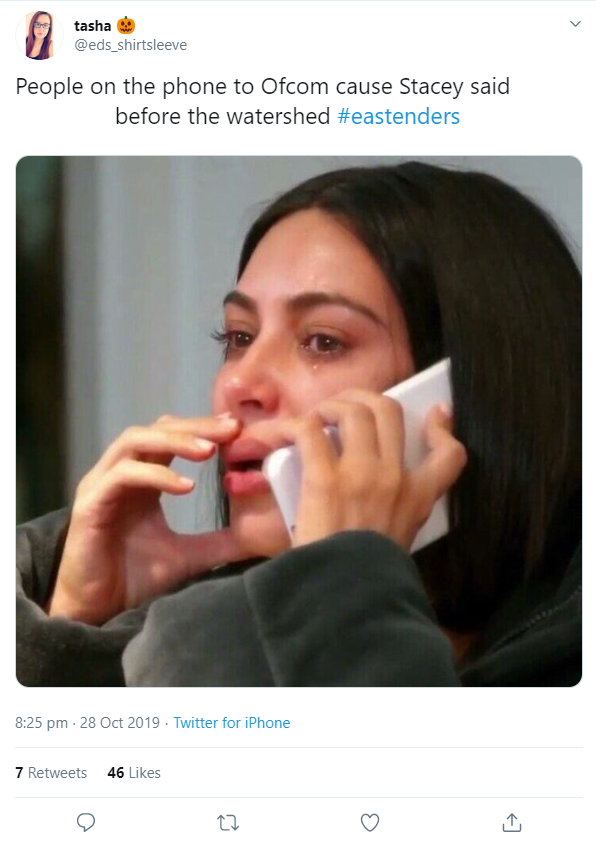 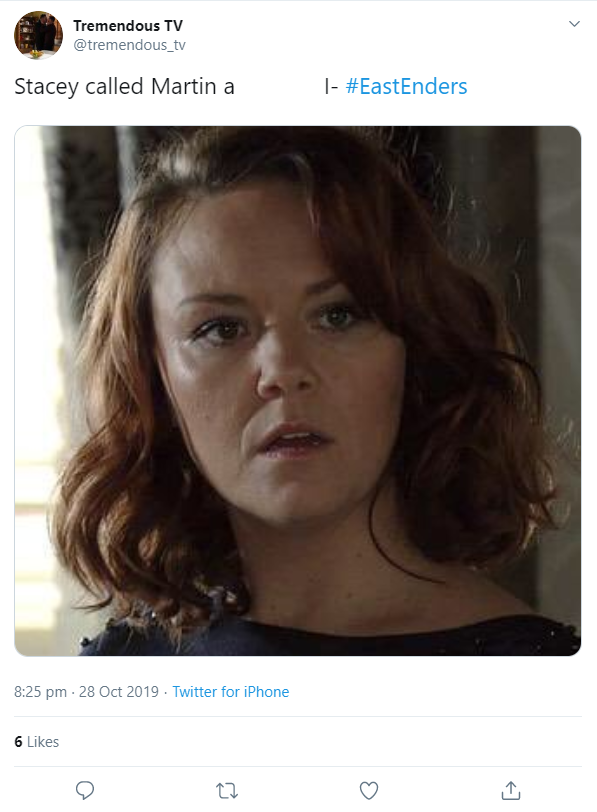 Fans of the show know Stacey left Walford with husband Martin and two of her three children Lily and Hope because she was the one who attacked Phil Mitchell.

Phil's son Ben, who also wanted him out of the picture, came into the Arches after the attack and said he would cover, so he could blame the attack on Arches' mechanic Keanu.

Ben wanted revenge on his dad and Keanu because Phil took him out of his will and put the mechanic on it.

But when Phil survived and Keanu's name was cleared, Ben had no reason to cover for her anymore. 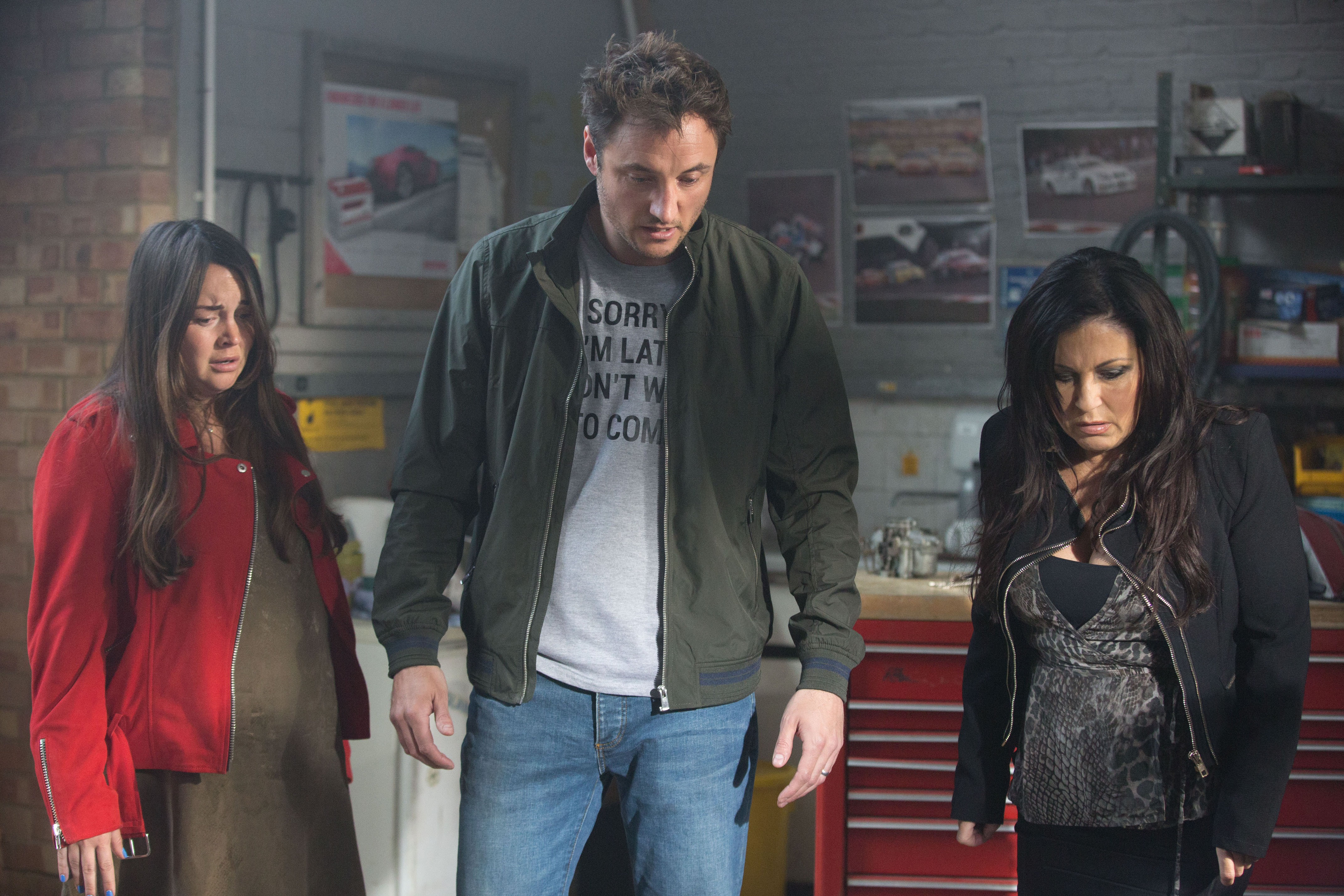 Martin returned a couple of weeks ago to support his daughter Bex, who attempted to take her own life.

But when Ben saw him, he told Martin he now worked for him.

His latest threat was aimed at Stacey and the kids and he said if he saw Stacey back in Walford, he would throw them off the bridge. 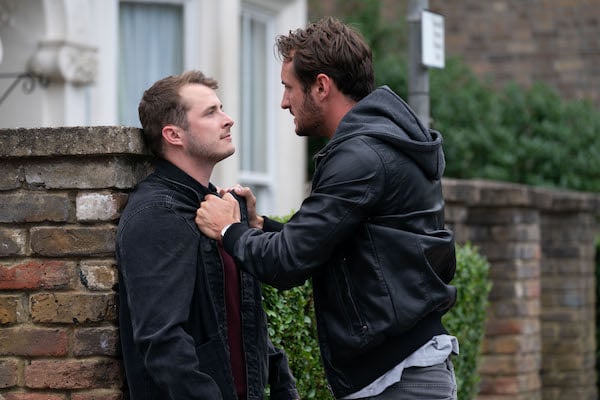 She welcomed a daughter, Dusty, back in July with her husband Matt Kay.