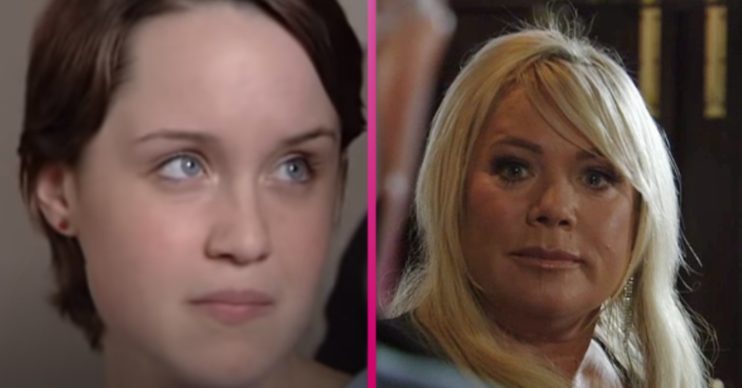 Earlier this year, Vicki was mentioned as Sharon went to visit her friend in Australia. But before the soap went off air last month, Sharon bought the famous pub off the Carters.

Now EastEnders fans think it’s time for Vicki to return to Albert Square in order to help her friend with her new business.

Bring back Vicki to run the Vic with Sharon!! #EastEnders #SFTS

Vicki Fowler is long overdue a return. I’d love to see Sharon and Vicki up late in the bar talking about the past. There has to be unfinished business with them two. #EastEnders

So is Ian going to live in the Vic too or just own it? If he’s not, then Vicki & perhaps Mark Jr need to return and live with her. Also another reason why it was wrong to kill off Dennis. #EastEnders

Who is Vicki Fowler?

Vicki is the daughter of Michelle Fowler and Den Watts, making her Sharon’s half-sister.

However she returned in 2003 as a rebellious teenager.

During her time back in Walford, she ended up falling pregnant with Spencer Moon’s baby. Whilst Spencer wanted her to keep the baby, Vicki decided to have an abortion.

Other storylines included Vicki discovering Den, who supposedly died in 1989, was alive. He came back to Walford and reunited with his family.

After a failed relationship with her older college lecturer Tommy Grant and discovering her siblings Sharon and Dennis had been having an affair, Vicki decided to go back to America, leaving on Christmas Day 2004.

However she has since reunited with Spencer and is now living in Australia.

Is Vicki Fowler returning to EastEnders?

Last year, Lofty returned to Walford after 30 years to attend the funeral of Dr Legg.

When Vicki was young, Lofty had a relationship with Michelle and wanted to formally adopt Vicky. However their marriage broke down in 1988.

But during his return, when he was in The Queen Vic he spotted Martin Fowler and handed him a cheque for £20,000 for him to give to Vicki.

At the time, viewers were hoping it would mean a return for Vicki.