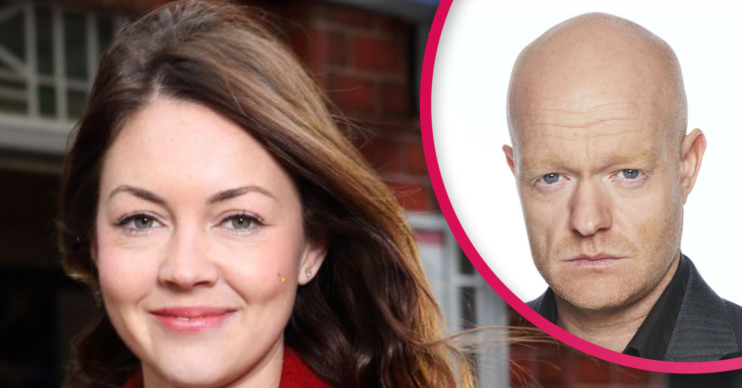 Max and Stacey were caught out in front of their families

EastEnders is to re-air the explosive Christmas episode showing the reveal of Max and Stacey’s affair.

It originally aired on Christmas Day 2007 and showed the Branning and Slater family gathered in the Brannings’ home for festive celebrations.

But in a twist, they all ended up seeing footage of Stacey and her father-in-law Max kissing.

When does the Max and Stacey affair reveal episode air?

We can all watch the heart-in-mouth episode again on Tuesday, August 4 at 7.30pm, as part of EastEnders’ iconic episodes run.

How did Max and Stacey’s affair begin?

For those who didn’t watch EastEnders back in 2007, in the lead-up to the episode Max’s daughter Lauren Branning, played by Madeline Duggan at the time, discovered Max and Stacey had been sleeping together.

Stacey was married to Max’s son Bradley, but had been cheating on him with Max for months, after meeting the year earlier.

She had got pregnant with Bradley’s baby but he insisted she get a termination, despite her resistance. To get back at him, she slept with Max, but they properly fell for each other.

In the Christmas Day episode, a video tape showing Max and Stacey kissing is played in front of everyone after Lauren left the footage under the tree.

The Max and Stacey affair was played out all during that year.

At first Max tries his best to pass it off as a joke. But it soon becomes clear that he’s lying. After the reveal, Max’s wife Tanya and his son Bradley are left to deal with the fallout.

Cue arguments, insults being thrown and someone taking a tumble down the stairs…

What does Jake Wood think about the Max and Stacey affair?

Reflecting on the episode to Metro, Max actor Jake Wood said: “It was a perfect storm. The Max and Stacey affair was played out all during that year.

“People took to those characters and that situation and the way it was revealed with a DVD and all the family watching… even watching it now makes me uncomfortable.”

“You really feel like you’re in that room with those characters and suffering the embarrassment and the awkwardness.

“And it’s just beautifully written and beautifully directed. Simon Ashwood wrote the episode. So yeah it was an amazing experience.”

He added: “EastEnders Christmas episodes are part of British life. And to be part of those is a great privilege and I look back on those episodes with great fondness.”