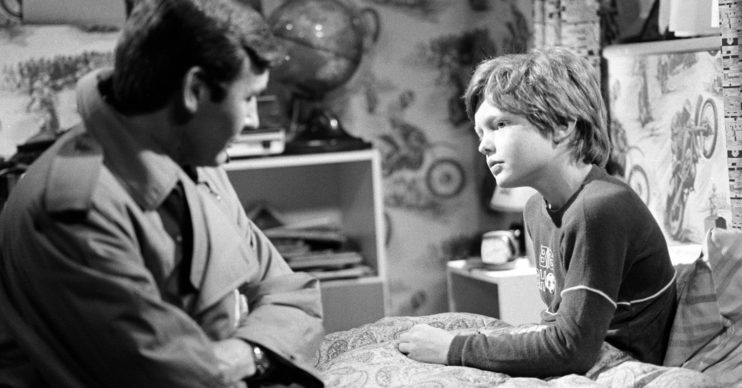 Jake worked with Jill in The Gentle Touch

EastEnders star Jake Wood has shared a picture from his first TV role as he paid tribute to actress Jill Gascoine, who recently died aged 83.

Alongside the picture, he wrote: “My very first TV job was aged 11 with Jill Gascoine in The Gentle Touch. I have never forgotten her generosity and kindness to me.

He added: “Her welcoming me to the industry with such open arms and encouragement inspired me to want to become an actor. RIP x.”

My very first TV job was aged 11 with Jill Gascoigne in ‘The Gentle Touch’. I have never forgotten her generousity and kindness to me. Her welcoming me to the industry with such open arms and encouragement inspired me to want to become an actor. RIP x https://t.co/ERGBi7OBoL pic.twitter.com/YScwFCUPAS

One wrote: “Sorry to hear this mate. Hope you are keeping well and crazy how time goes so fast.”

A second tweeted: “Aww such a cutie.”

A third added: “That’s a lovely memory for you. I use to be allowed to stay up to watch The Gentle Touch with my mum.”

Jake appeared on The Gentle Touch in 1984 which starred Jill Gascoine and William Marlowe.

The actor is now best known for his role as Max Branning on EastEnders. He joined the popular soap in 2006 and is still on the show to this day.

In 2016, her second husband Alfred Molina confirmed Jill was in a “very advanced stage of Alzheimer’s” and that she had moved into a care home.

Jill’s death was announced recently on Facebook by her son Adam.

He wrote: “She’s suffered from Alzheimer’s for 10 years, so today was a thankful release.

“The family is all well and relieved that she’s not suffering anymore.”

Due to the coronavirus pandemic, there will not be a memorial for Jill “for a good while.” However the family are planning services in the UK and US.

“We will only hold two services – one in London for UK friends and family, and one in LA for the US side.

“I am happy she’s moved on. Please raise a glass. Be kind and love deeply (sic).