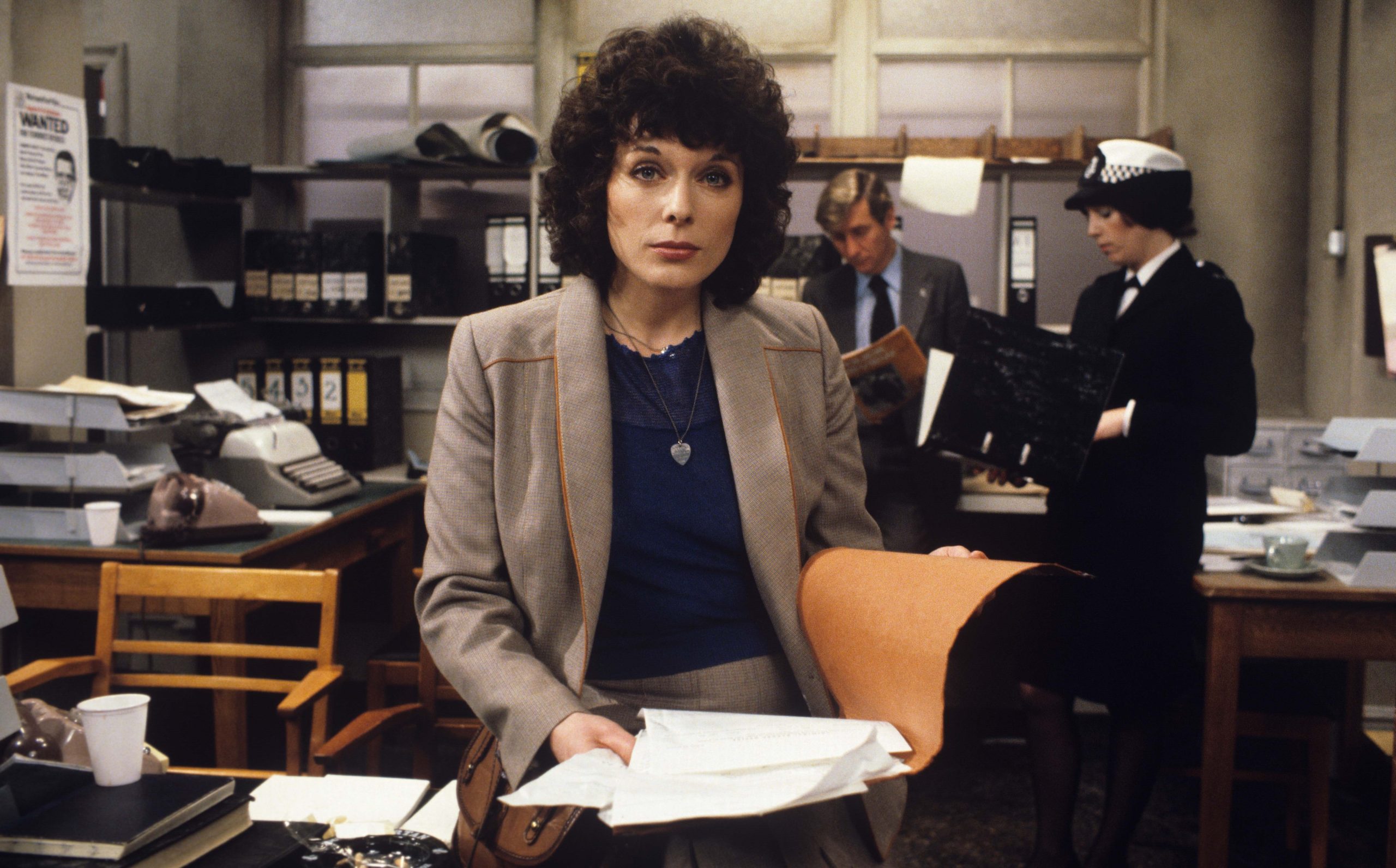 The actress had Alzheimer's disease

Jill Gascoine, the British actress best known for her roles in TV dramas The Gentle Touch, C.A.T.S Eyes, and The Onedin Line, has died aged 83.

Her family confirmed that she had died “after a long illness”.

In 2016, her second husband, Alfred Molina, confirmed Jill was in a “very advanced stage of Alzheimer’s” and that she had moved to a care home.

Jill’s son Adam confirmed her death, writing on Facebook: “She suffered from Alzheimer’s for 10 years, so today was a thankful release.

“The family is all well, and relieved that she’s not suffering any more.”

Due to the coronavirus pandemic, there will not be a memorial for Jill “for a good while”, but the family are planning services in the US and UK.

“We will likely hold two services – one in London for the UK friends and family, and one in Los Angeles for the US side.

“I am happy she’s moved on. Please raise a glass. Be kind and love deeply (sic)”

She suffered from Alzheimer’s for 10 years, so today was a thankful release.

The actress was huge on British TV in the 80s and became the first female to star in the lead role of a police drama when she played Detective Inspector Maggie Forbes in The Gentle Touch on ITV.

She also took the character on to spin-off show C.A.T.S Eyes.

Other shows she was known for were Z Cars, Dixon of Dock Green and Rooms, as well as playing Letty in The Onedin Line.

After moving with Alfred in the 1990s to LA, she became a novelist.

Jill was set to make her television return in 2009 when she was cast as Glenda Mitchell in EastEnders.

But after the first day of filming, she quit the role and was replaced by Glynis Barber.

At the time Jill said: “Having spent the last 15 years working in America… I felt on arrival I lacked the right experience to film such a big continuing drama.

“I have tremendous respect for EastEnders and the cast so I don’t want to let the show or my fellow cast members down.”

Tributes have poured in for Jill, with former co-star Robin Askwith, who appeared alongside her in Confessions of a Pop Performer, saying she was “terrific in every way”.

So sorry to hear about Jill Gascoine passing away after a long battle with Alzheimer’s
Quite simply put, she was….terrific….in every way…
RIP pic.twitter.com/fpC7rwqRzn

Others added their sadness, with one writing: “Aww. What sad news to read. I went to infant school with her sons Sean and Adam, many years ago. Condolences to them, her husband, Alfred Molina, and stepdaughter Rachel. RIP Jill.”

“Sad to hear the passing of Jill Gascoine. If you get the opportunity, watch the Gentle Touch again. It’s actually fantastic TV and Jill was one of the main reasons why,” said someone else.

Another declared her “the English superhero of the early 80s”:

“Aw, RIP Jill Gascoine. Broken heart. I think Maggie Forbes is possibly the reason I became a detective. Anyone in my age group will understand that – she was the English female superhero of the early 80s.”