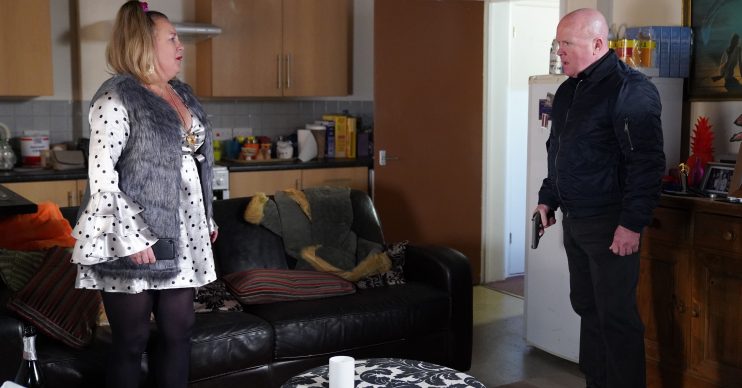 And Karen and Sharon are in the firing line

Tomorrow night’s EastEnders is the showdown we’ve all been waiting for as Phil and Ben Mitchell finally face Keanu Taylor.

Meanwhile Phil is still hellbent on making Keanu pay for sleeping with his wife, Sharon, and getting her pregnant.

As they both head off on revenge missions to find Keanu and get Callum back, things turn ugly.

Phil is after Keanu’s mum Karen, but will he just scare her or go much, much further?

And Ben has Sharon in his sights.

How far are they willing to go to get what they want?

Mick and Linda are trapped below deck with the water filling up.

And Dennis is locked in the changing room on the boat which is also filling up.

Ian has tried to free him, but dropped the keys and is considering leaving him.

We know at least one character will die this week, but who will it be?

And things take a tragic turn when more than one life is left in the balance, with one of our Walford favourites about to meet a grisly end in a watery grave…