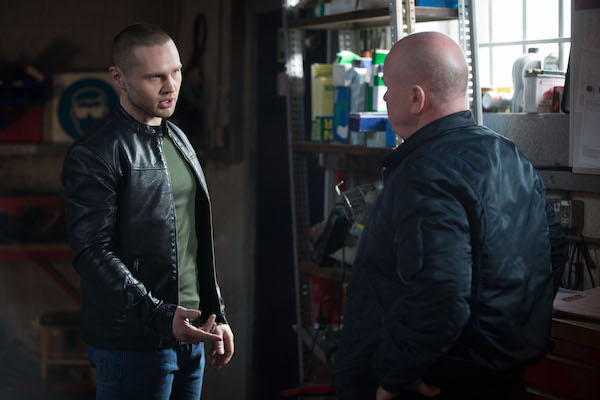 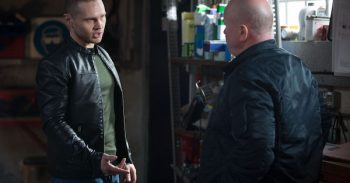 EastEnders SPOILER: Keanu on borrowed time as Phil closes in on the truth

What will Phil say?

Phil Mitchell is set to find out about his wife Sharon’s affair with much younger Keanu Taylor in EastEnders – and the scenes are going to be explosive!

Next week will see Keanu discover his girlfriend Louise Mitchell is pregnant.

What makes matters even more complicated is that Louise is Sharon’s stepdaughter.

Sharon has been really uncomfortable seeing them together and although the teens relationship started out because Phil paid Keanu to keep an eye on Louise, Keanu’s feelings have developed into something more.

But a show insider has now told Inside Soap that Keanu’s on borrowed time.

“To say that Keanu is playing with fire where Phil is concerned is definitely the understatement of the year.

“He’s slept with his wife, knocked up his daughter, and gone against his direct orders. There will be nothing less than total carnage when the full truth is revealed.”

But the first thing Keanu has to deal with is Phil finding out he’s got his beloved daughter up the duff.

Louise is stunned next week when she comes to the shocking realisation that she could be pregnant.

Heading round to see best friend, Bex, Louise does a pregnancy test and is shocked to find it is positive.

Bex is as surprised as Louise is, but advises her friend that she needs to tell Keanu the truth sooner rather than later.

As Louise reveals to Keanu that he is going to be a dad, she is heartbroken when he’s stunned into silence and takes his lack of response badly before dashing off.

But it seems Louise was wrong to worry, because after a tough reality check from his mum, Keanu realises that this is a good thing to happen to them and calls Louise to talk things through.

But with Sharon in the room, Louise is forced to cancel his call, leaving him to fear the worst.

As Louise talks to Bex about what Keanu might be thinking about the baby, Bex tells her friend to go and see him and find out for herself.

But as she arrives, Louise makes an upsetting discovery that will change everything.

What does she see or hear that will turn her life upside down?