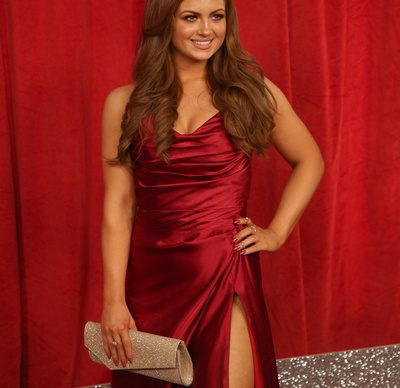 You only turn 18 once, and actress Maisie Smith was clearly determined to make the most of it.

The TV star, who plays Tiffany Butcher in EastEnders, shared her big day – full of balloons and booze – with followers on Instagram, calling her party the “best day of my life”.

Had the best day of my life

Maisie kicked off celebrations last week by telling her fans: “I’m 18 in 3 hours,” next to a sultry selfie. She later shared a shot of herself in the pub, holding an 18 balloon and confirmed in the caption: “Had the best day of my life.”

Taking to Instagram again on Sunday, sharing a series of silly poses with a friend and surrounded by yet more balloons and party food, Maisie promised her 274k followers: “More birthday pics to be uploaded.”

She also took to her InstagramStories to show off five mini bottles of vodka, apparently ready to legally let loose.

The young star – who has been in the BBC1 soap since she was just six years old, playing Bianca Jackson‘s daughter – was bombarded with messages.

Read more: Katie Price had to use a potty after her plastic surgery

A few joked about her party venue choice, with one asking: “You in the Queen Vic?”

Many more complimented her look, too, with one fan writing: “Where is your outfit from?? 😍.” A second said: “hot as hell.” Another added: “HONESTLY YOUR BODY IS RIDIC.”

It followed her cast members piling in to wish their girl a happy birthday last week.

More birthday pics to be uploaded

Actress Shona McGarty, who plays Whitney Dean, Tiffany’s older adopted sister, tweeted: “Can’t believe I’m saying this..: 🤪 Happy 18th Birthday to my (not so little) Baby sister! @maisie_smith_ Love you so much, and hope you have an amazing day! ❤️🥰❤️💋💋💋.”

The star has been on the show since 2008, and last month told an adorable story about getting her big break on the popular soap.

Happy birthday, Maisie! But next time, we want an invite to the ball pit. It looks AMAZING.

How did you celebrate turning 18? Leave us a comment on our Facebook page @EntertainmentDailyFix and let us know what you think.