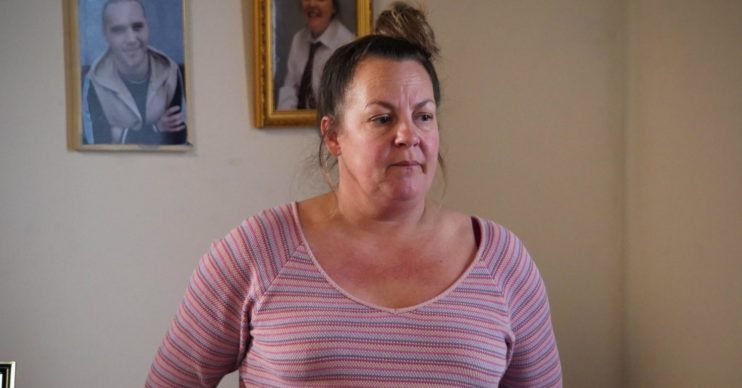 Fans of the show know Kayden’s mum Sharon has been struggling since the death of her eldest son Dennis.

With her grief consuming her, she left Kayden in the care of his paternal grandmother Karen.

In Monday’s episode (March 23), Ian paid Karen a visit and gave her cash in order to help with raising Kayden.

However Ian told Karen they needed to “tweak the set-up” and she had to move away from Walford with Kayden for good, so Sharon doesn’t have to see the baby everyday.

He then said if she didn’t, they would need to look into putting Kayden into care.

In last night’s episode (Tuesday, March 23) Karen told her children about Ian’s proposition and that she was going to move away.

Although neither Karen actress Lorraine Stanley nor EastEnders has said anything about her leaving the show, fans are still worried and have begged her not to leave.

Can Karen not leave please #EastEnders

If Karen leaves with Kayden, Bernie will have to go with them and I refuse to say goodbye to them both. #EastEnders

However, is he just trying to help Sharon out of guilt?

What happened between Dennis and Ian?

Fans of the show know Dennis and Ian got into an argument on the day he died, as Ian discovered Dennis had been bullying his son Bobby.

Can Karen not leave please?

Ian locked Dennis in a room on the boat in the hopes of taking him to the police after the party.

However, the boat crashed and as it started to take on water, Ian tried his best to save Dennis.

Although he managed to get him out of the room, a surge of water resulted in Dennis drowning.

Before he died, Dennis left Sharon a voicemail saying Ian had locked him in a room on the boat.

With Sharon unaware of what really happened, Ian has been left feeling guilty. Will he ever tell Sharon the truth?