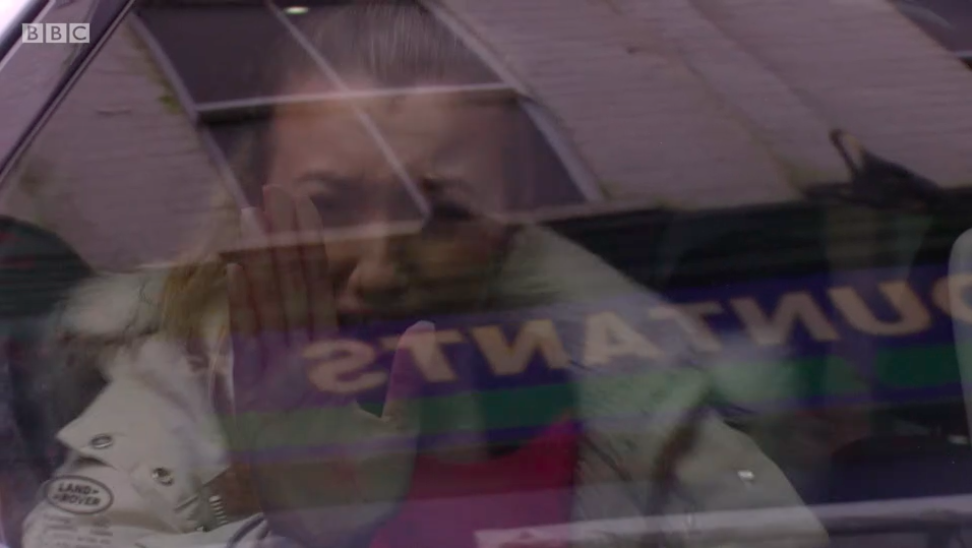 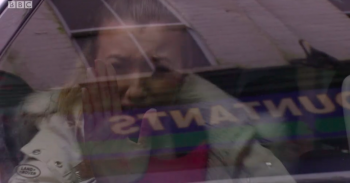 The teenage daughter of Phil Mitchell was dragged into a car by evil gangster Midge who wants revenge on her dad for stealing some of his dodgy car trade in Spain.

But while in reality teenage girls being dragged into cars in the middle of the day would spark some form of reaction, in Walford there was nothing.

No one seemed to notice that Louise had been kidnapped – and if they did they didn’t care.

Keanu, who had spent the best part of the episode searching for her, finally spotted her with Midge as they walked through Walford.

But as he shouted her name loudly across the Square, Midge summoned a car and shoved a screaming Louise inside.

She banged tearfully on the locked car door after being kidnapped and Keanu raced over, but everyone else just went on about their daily business without seeming concerned they had just witnessed a serious crime take place.

Fans couldn’t believe what they had just seen and called out the blunder on social media.

One said: “So, Louise just got bundled into a car, kicking and screaming, in broad daylight – and nobody but Keanu notices? Right..”

A second said: “Why were people just watching Louise get dragged into the car?

“Excuse me mam but a child is being yeeted into a car right now and you’re more concerned about your spuds.”

Read more: EastEnders: Heartbreak for Bex as Kat gets her claws into Kush?

A third said: “So the guy kidnapping Louise did it in daylight where loads of people would be able to describe his face and in a big white car. So smart, so subtle.”

Next week Phil, Keanu and Ben will go and face Midge and the other gangsters in an effort to free Louise from her captors.

But with the gang being human traffickers, will they be able to get to her in time before she’s sent out of the country to a hellish future?

Did you find this odd? Leave us a comment on our Facebook page @EntertainmentDailyFix and let us know what you think!