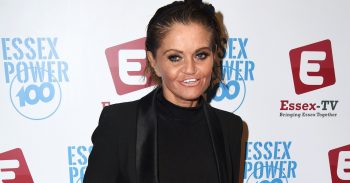 Could Sam Mitchell be back on our screens soon?

Could Danniella Westbrook be heading for an Albert Square comeback? She’s certainly teased the possibility.

The former EastEnders actress shared on Twitter a throwback picture of her playing Sam Mitchell as a teen alongside her on-screen (shortly lived) husband Ricky Butcher (played by Sid Owen).

But what was really telling was her intriguing caption.

The 45-year-old wrote: “I miss these days @bbceastenders but you never know 30 years later what could happen ❤️#Ricky&Sam”

I miss these days @bbceastenders but you never know 30 years later what could happen ❤️#Ricky&Sam pic.twitter.com/0vjhoPOBmM

But her fans seem divided on whether a return to EastEnders is such a good idea for Danniella, who’s struggled with drug abuse for years.

One delighted fan wrote: “I hope so” and another added: “Think they should bring you both back, jazz it up a bit” – others warned against the move.

One suggested she might be better suited for panel talk show Loose Women:

“You are a great actress, would love to see you have your own show though or may be a @loosewomen, you have so much experience to share and an inspiration to many, let your purpose give you focus.”

And another chimed in with: “I hope you can find something a little less gruelling, I don’t think the nature of the beast did you any good.”

The actress has returned three times over the last decade to the BBC soap – but each time it was for a relatively fleeting stint.

Daniella reprised the role Sam Mitchell across two stints between 2009-2010 and then again for just four episodes in the summer of 2016.

Sadly she since relapsed back into cocaine abuse, and is currently near the end of a rehabilitation program.

And today she updated her Instagram followers with a smiling post that claimed she was “three months clean.”

In past interviews she has claimed to have first tried cocaine aged 14, and battled with an addiction to it on and off ever since.

She’s claimed to have spent around £250,000 on the drug throughout the years and infamously suffered a collapsed and then missing septum from abusing the illegal substance.

Would you like to see Daniella back on EastEnders? Tell us what you think on @EntertainmentDailyFix.