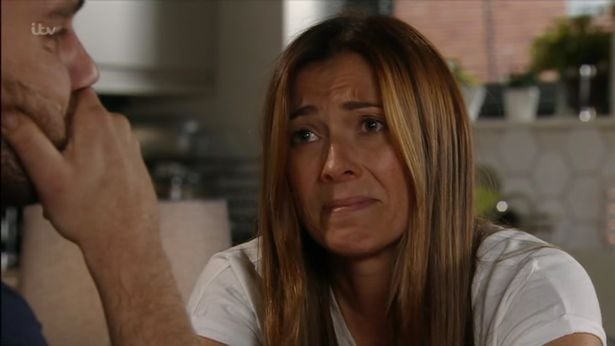 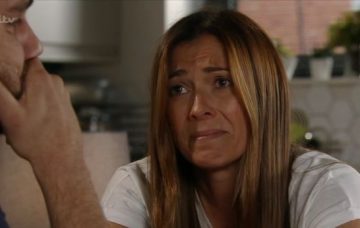 Did she just throw her son under the bus!?!

Michelle Connor has been knocked off a few Christmas card lists this week.

The Weatherfield matriarch outraged viewers on Wednesday (17 October), when she contemplated betraying her son Ali after he revealed his shocking secret.

Viewers know that he’s responsible for the death of drug dealer Ronan Truman after the dramatic car chase and subsequent crash last week.

Ronan was hell-bent on avenging the death of his son, blaming Michelle’s other son Ryan for failing to call an ambulance when Cormac collapsed from a drug overdose.

After a dramatic high-speed car chase ending in a near-fatal accident, Ronan was left impaled by a wooden post.

Read more: Why the NTAs were so wrong to snub Corrie’s suicide story

In tear-streaked scenes aired last night, a troubled Ali told mum Michelle the truth about Ronan’s death – but viewers were furious with her when she told him he needed to go to the police.

She told him: “I think we’ll have to tell the truth.”

And a devastated Ali, wracked with guilt, shouted back: “What and I go to prison, and you’re going to be the one who sends me there. Is that what you want?”

As an argument raged between the pair, fans were livid, with one blasting: “Michelle wouldn’t even consider telling the police if it was Ryan, hypocritical [bleep].”

Another tweeted: “What a [bleep] Michelle is she’s quick to throw Ali under the bus.”

Someone else remarked: “So defend the child that’s not yours and is a failure but put your real child who made something of himself … great parenting skills Ali should tell her to go f herself.”

And one other fan posted: “Terrible reaction from Michelle to Ali. She does seem to put Ryan first all the time.”

Blooming heck Michelle? Slag Ali off for going to save the villain and then throw Ali to the dogs for protecting them all? I'm not a violent woman, but I would head but that woman. Bosh! #Corrie

Why the sudden conscience Michelle? Happy enough to lie for Ryan the meff but suddenly have to sell your decent son down the river cos it’s the “right thing to do”. KILL ER OFF #corrie

Terrible reaction from Michelle to Ali. She does seem to put Ryan first all the time. #Corrie

Michelle wouldnt even consider telling the police if it was Ryan, hypocritical bitch #CoronationStreet #corrie

Don’t understand why Michelle with lie for one son but not the other?! #corrie

Michelle is an awful mother. One child can't do no wrong and the other she will throw under a bus. #Corrie.

Fans did not sit on the fence, accusing Michelle of “favouritism”, being a “grass” and “throwing Ali to the dogs”.

One spoke for many when they succinctly wrote: “Michelle is an awful mother. One child can’t do no wrong and the other she will throw under a bus.”

In the end, Michelle DID agree to stand by Ali and promised they would keep each other strong, refusing to tell the truth to even Ryan or Robert.

Should Michelle have shopped her son Ali to the police? Leave us a comment on our Facebook page @EntertainmentDailyFix and let us know what you think!