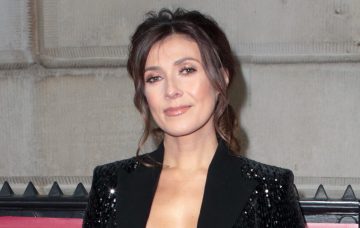 The actress reportedly has two exciting projects in the pipeline

Kym Marsh shocked fans when she announced she was quitting Coronation Street 13 years after joining the soap.

‘But they won’t have long to wait to see her in a new role once she leaves the cobbles later this year as the actress already has two exciting projects in the pipeline, according to reports.

One of the roles is said to be on a TV show, while the other is a theatre role.

“Kym has a really busy year ahead. She’s still got a while left on Corrie and then she’s already got two exciting projects lined up – in a TV show and in the theatre,” a source told The Mirror.

It’s thought Kym will go on to earn around one million in lucrative deals as her departure from the soap will free her up to take on advertising work as well as other high-paying acting jobs.

The 42-year-old actress and singer signed on to the ITV soap as former pub landlady Michelle Connor 13 years ago in what was supposed to be a cameo role.

Speaking about her exit from the show, she told The Sun: “When I was lucky enough to be offered four episodes on Coronation Street I could never have thought I’d be here 13 years later.

“It’s been an incredibly difficult decision but it feels like the right time for me to take a break from the show and explore some other roles. But this isn’t the last you’ve heard of Michelle. She’ll be back.”

Meanwhile, Corrie executive producer John Whiston said he was “sad” to be losing her from the show, but “totally understands” her desire to head off into new ventures.

During her time on the show, Kym has been involved in some heavy plots, including suffering a stillbirth, being drugged and kidnapped by her ex-partner Will, and being involved in a car crash with her sons Ali and Ryan.

ED! has contacted a representative for Kym for comment.