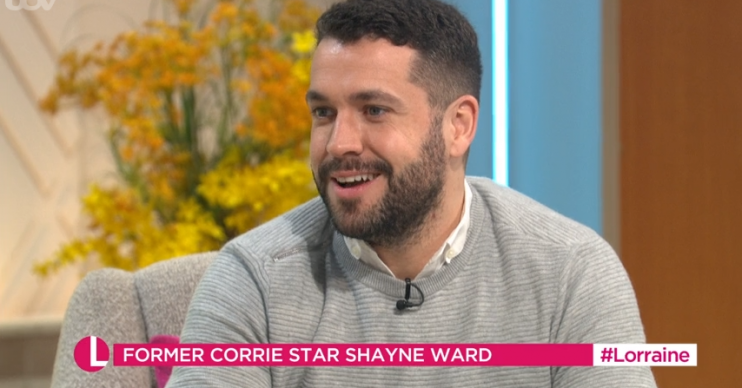 Appearing on Lorraine today (January 9 2020) to talk about his latest role in stage show Band of Gold, The X Factor star also spoke about his weight loss.

An image of Shayne’s body before and after popped up on screen and Shane said: “That is three years of dunking biscuits on Corrie.”

Host Lorraine Kelly asked how he did it and the actor replied: “So I joined a company called U.P fitness, not just myself but my partner Sophie as well.

Shayne left his role as Aidan Connor in Corrie in 2018.

In May 2018, Aidan took his own life as he had been suffering with depression.

His death left both Weatherfield residents and viewers devastated.

Will you be going to see Band Of Gold?