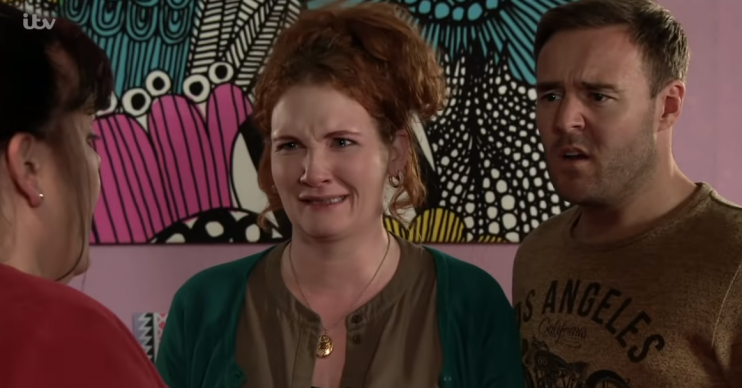 Jade gave her half-sister a mobile phone weeks ago!

Viewers of Coronation Street have called out Fiz and Tyrone’s stupidity as they still haven’t found out about Hope’s secret mobile phone.

In last night’s episode of the soap (January 8 2020), Jade went to Kevin Webster’s, where the girls are currently staying, and told Hope she would be moving out.

When she asked Hope if she still had her secret mobile phone, the little girl nodded.

How have they not noticed Hope has a phone?

Viewers were questioning how neither Fiz, Tyrone, or a social worker, had discovered the phone.

Fiz and Tyrone really are as thick as a whale omelette – how have they not found the secret phone that Jade gave to Horror Child#1? #corrie

Hope's foster carer will find the phone with the evidence on it, suuurely! #corrie

A couple of weeks ago, viewers discovered Jade is the daughter of John Stape – Fiz’s late husband and Hope’s biological father.

Jade met Fiz and Hope in Birmingham when Hope was attending school there and ended up moving to Weatherfield when they needed a live-in tutor for the little girl.

However, when Hope managed to get a place in a local school, Fiz and Tyrone no longer needed Jade and, before she left, she gave her half-sister a mobile phone in order to keep in contact.

Before the holidays, Fiz and Tyrone found out Jade was homeless and invited her to stay over Christmas, but the teacher used this to her advantage.

When Hope broke her arm playing with stepsister Ruby, Jade got her to lie that it was slammed in a door at home.

She reported Hope’s injuries to Doctor Gaddas and claimed Hope had bruises.

Fiz is now being investigated by social services, meaning the girls cannot live at home.

In last night’s episode, Fiz and Tyrone finally discovered who Jade was and pieced together that she had set them up.

Will they be able to prove they haven’t hurt Hope and bring their children home?