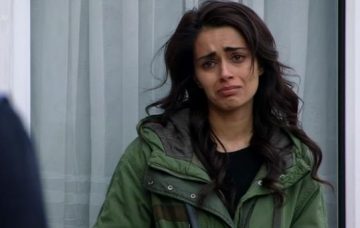 It's been reported that Rana will be killed off

Bhavna Limbachia, who plays Rana Habeeb in the ITV soap, has confirmed she is leaving later this year.

Following media reports this morning I just wanted to send you all a message @itvcorrie ♥️🙏🏽🌈 pic.twitter.com/Toa2pCFo7h

In the clip Bhavna thanked her fans for the support and that she will be exiting the show, although she did not confirm how her character will bow out.

She also stated that there’s “still lots more to film”.

The video comes after reports Rana will be killed off. An ITV source told The Sun: “This will devastate fans who have grown to love Kate and Rana, who they nicknamed Kana.

“This was very much Bhavna’s decision, she told Kate Oates last year she wanted to try other things, and sat down with Iain MacLeod the minute he joined.

“She wanted Rana to be killed off as she didn’t like the idea of splitting them up as it would upset the fans of the show.

“The scenes will be heartbreaking to watch. Rana will die in Kate’s arms.”

Bhavna joined the soap in 2016 as a friend of Alya Nazir and went on to marry her brother Zeedan.

The pair divorced after she fell in love with Kate.

Kate and Rana got engaged last year after Rana returned from a cruise with her mother.

It soon appeared that they wanted different things when Kate talked about starting a family and Rana didn’t seem interested in the idea.

The pair split after Kate became desperate for a child leading her to cheat on Rana with Adam Barlow.

Rana was left heartbroken by the betrayal and called the engagement off.

However, on New Year’s Eve the pair reconciled and are now back together.

Do you want Rana to be killed off? Leave us a comment on our Facebook page @EntertainmentDailyFix and let us know what you think