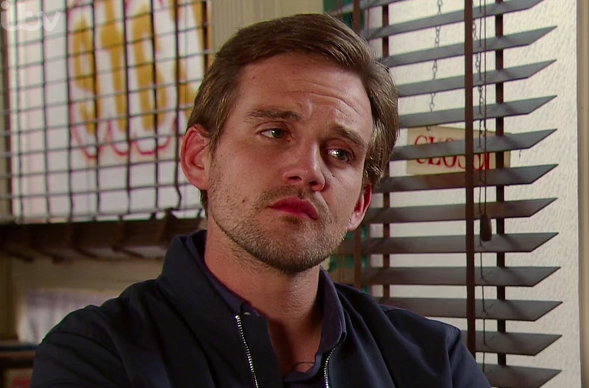 Did you spot this odd gaffe in Corrie?

After being refused a new prescription for diazepam from Dr Gaddas, he attempted to steal anxiety medication from Carla and then suffered a terrifying seizure.

Other characters have recently commented in storyline how rough Dr Ali has been looking. But fans seemed mostly concerned with another aspect of his appearance, not directly related to his addiction problem.

Viewers were slightly perturbed by Ali’s inconsistent hairstyle – with several noting it appeared to jump from being combed back to a side-parting to finally a ruffled middle-parting in the episode.

Several took to Twitter to express their disappointment in the inconsistency.

One wrote: “Ali’s hair changed twice in Doctor’s surgery then!”

A third asked: “Why does Ali’s hair change in every scene? Come on continuity! Please.”

And a fourth noticed: “Ali’s hair is now combed straight back, in the cafe it had a side part!! Ali and her every scene changing hair do!!”

Dr Gaddass had noticed Dr Ali’s shaking and agitated behaviour, and not only refused to write a prescription for him – but suggested he may be an addict.

He then pestered Carla at the Roy’s Rolls, attempting to steal her prescription.

But he failed again, leading him to suffering a seizure alone at his flat.

A returning Ryan was astonished to find Ali shaking and convulsing and called emergency services.

Once Ali recovered he was furious to discover that an ambulance had been called and begrudgingly admitted he was addicted to diazepam.

Ryan and Robert then refused to let him leave the flat to buy pills from a dealer, and promised to help him go cold turkey.

Did you spot the hair mishap? Tell us what you think on our Facebook page @EntertainmentDailyUK.