Viewers of Coronation Street have begged for Bernie Winter to leave after she betrayed her daughter Gemma and the father of Gemma's unborn quads Chesney Brown.

Last week, Chesney was photographed giving his ex-girlfriend Emma a hug as he rushed to the hospital upon hearing Gemma could be in labour.

In last night's episode of the ITV soap (October 28 2019) Ches discovered the photo had been published in a magazine and Bernie had sold the story saying he was having an affair with Emma. 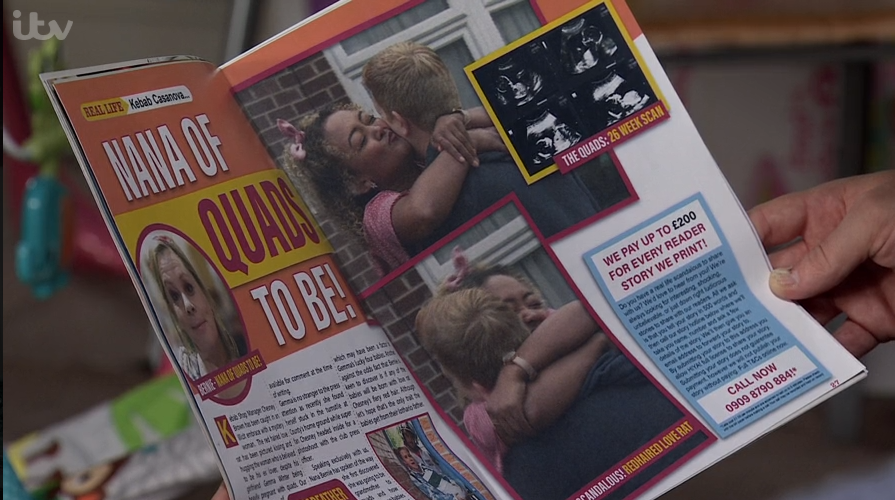 Of course, the untrue story left him angry, especially as she was meant to set the record straight.

Please get rid of Bernie!

Gemma pointed out to her mum that Ches had put a roof over her head and she had just dragged his name through the mud. 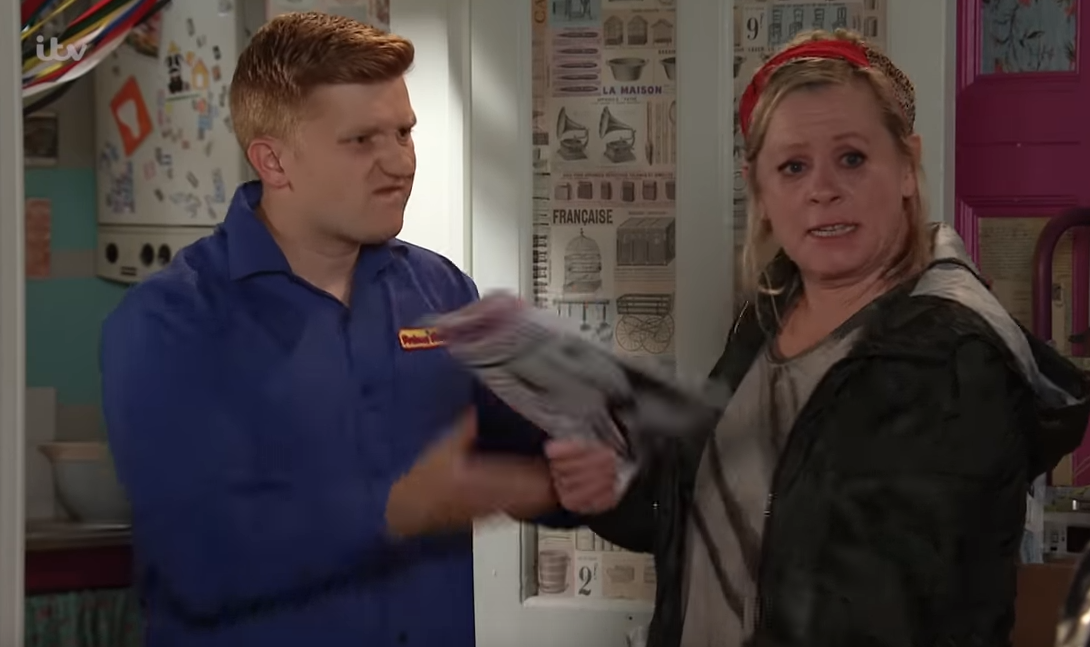 Ches was furious to learn Bernie had dragged his name through the mud (Credit: YouTube/Coronation Street)

Bernie had her excuses ready, though, saying that the journalist had twisted her words and that she was trying to build 'The Quad Father' brand.

Viewers were furious with Bernie and have begged for her to leave the soap.

Please get rid of Bernie, she is a horrible individual who looks like she needs a good bath. There hasn't been one story since she came to the show that has showed her in a good light. Awful! #corrie

Awful 1st ep #Bernie needs to go she’s vile why can’t Ches just pack her bags for her?? As if anybody would tolerate that 😳 & #Fiz is so irritating #Corrie

Please get rid of Bernie! #Corrie

Talk about getting on my tits, Bernie needs to go asap #Corrie

Bernie came to the cobbles earlier this year when she found out her daughter was pregnant with quads.

Since arriving she's caused some trouble and tried to make money out of Gemma's pregnancy including selling positive pregnancy tests online.