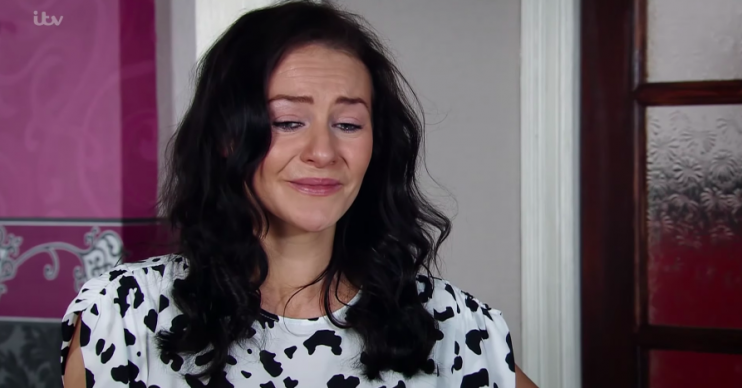 Robert Preston’s secret has finally been revealed on Coronation Street – and even he doesn’t know it yet.

The chef was revealed to have been in a secret relationship with Vicky Jefferies up until last night and viewers were shocked.

But after his ex Michelle Connor had a change of heart and decided to give their relationship another try, Robert quickly went to end things with Vicky.

Vicky, the mother of thug Tyler who got underaged Amy Barlow pregnant, was devastated by Robert ending their relationship.

Robert told her: “The thing is, well, I think it’s time we called it a day.

“I need to concentrate on the Bistro. I’ve been letting things slip with all the travelling here.

“I can’t have any distractions, I need to concentrate on my business from now on. I never made any promises.”

A devastated Vicky told him: “I may not have meant anything to you but you meant a hell of a lot to me, and to Tyler. Just get out, I can’t look at you anymore.”

But after Robert left, Vicky revealed Robert had more to lose than just her.

Opening a card she had got for him, it was revealed that Vicky was pregnant with Robert’s baby – something he has wanted for years.

Originally he and Michelle split up over his desire for a baby and her realisation that she never wanted to be pregnant again after the loss of her son.

Well that was an OBVIOUS storyline we all predicted…..that sticky Vicky would be pregnant by Robert #Corrie pic.twitter.com/AdL5PqCIc6

So is Vicky actually pregnant or is she using it to trap Robert… ?? #Corrie

Viewers were horrified that Robert had got Vicky pregnant and dropped her without finding out.

A second said: “Omg what a twist turns out Robert’s being seeing Vicky and now she’s only pregnant #Corrie.”

Others weren’t so shocked, with one tweeting: “Well that was an OBVIOUS storyline we all predicted… that sticky Vicky would be pregnant by Robert #Corrie.”

What did you think of Vicky being pregnant? Leave us a comment on our Facebook page @EntertainmentDailyFix and let us know.