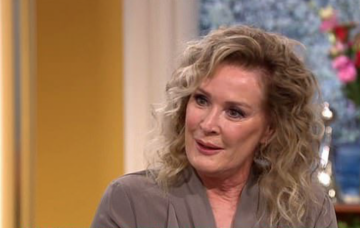 Believes there is still a stigma around the illness

Beverley Callard has opened up about how the risqué outfits she often wore as Coronation Street’s Liz McDonald took a toll on her mental health.

The actress has previously told of how she has struggled with depression for years – and it seems the clothes she had to wear when playing the barmaid only made things worse.

In a conversation on BBC Radio Manchester, Beverley said: “I lacked confidence very much and I had very low self-esteem and the clothes I had to wear for Liz were very unforgiving.

“It was silly things like that which would make me feel more self-conscious and I think that could be a part of it but, of course, it is not the cause.”

She also claimed she was told certain roles were out of her league by industry colleagues because of her mental health.

Bev, a mother of two, has been open about her struggles for some time.

The 61-year-old said she there was a stigma around mental illness during her career – although she believes the situation has improved.

She explained: “I’ve never been flaky and unreliable in my life and never will be. So the stigmas are still there but it’s getting smaller.”

The mother of two also explained how she ignored the symptoms of depression “for too long” and her body went into “shutdown” as a result.

She eventually collapsed at the Coronation Street studios and doctors diagnosed her with depression in 2009.

By that point, she said she’d left it too late for antidepressants to work, so instead she went to The Priory hospital in North London for electroconvulsive therapy.

The actress said it was tough working while her mental health problems continued to worsen – but she thinks her TV profile helped once she was on the path to recovery.

And although she feels the stigma around it is not as significant today, she now worries mental health issues are becoming “fashionable”.

Speaking to Best magazine, she said: “Real mental illness is very dark and it takes a great deal of strength to ask for help.

“I think we are now definitely chipping away at the stigma.

“But we have to be careful mental illness doesn’t become like a Gucci handbag.”

What’s your take on Beverly’s struggle with mental health issues? Leave us a comment on our Facebook page @EntertainmentDailyFix and let us know what you think.