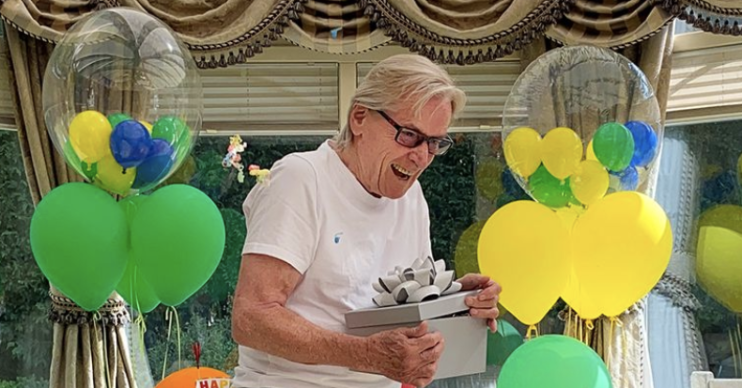 The Coronation Street actor was joined by his family

Coronation Street icon Bill Roache, who plays the soap’s Ken Barlow, has celebrated his 88th birthday at home with his family during the coronavirus lockdown.

The actor, who has played Ken Barlow in the ITV soap since the 1960s, looked happy and well in pictures showing him celebrating and opening presents with his family.

He was joined by his son James and daughter Verity, as well as a pile of presents and balloons to mark his birthday.

In a post shared on the Coronation Street twitter account, it said: “Sending a massive thank you for all your warm wishes from Bill, who’s celebrating his 88th birthday in lockdown at home with his family!”

Fans of the show took to Twitter to wish the actor birthday messages, with one tweeting: “Happy birthday Bill! Forever young”

Whilst another commented: “88? No way!! Happy Birthday to you”

One also remarked on how well the actor looked: “How does he still look so well at 88? Fair dos to the bloke! Happy Birthday, Bill.”

A remarkable man! The cobbles weren’t the same when #Ken moved to ‘Stillwater’s… and #Corrie wouldn’t be the same without Mr. Roache!
“Happy Birthday” to a true legend of television. x

Bill has appeared in the long-running soap Coronation Street since it first aired on 9 December 1960, and has appeared ever since. He’s had some tricky storylines over the years including attempted murder as well as his on/off again romance with Deidre Barlow.