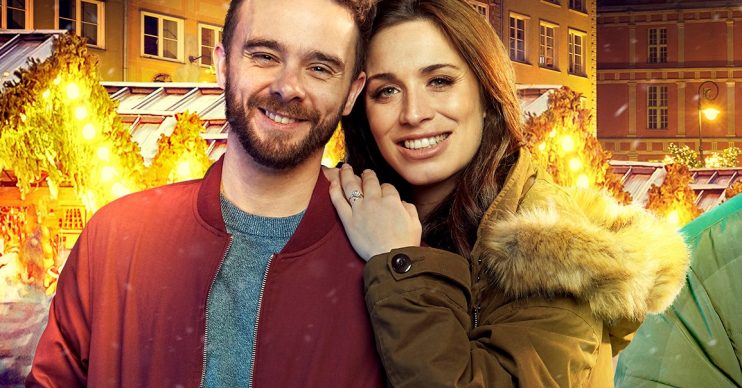 Coronation Street SPOILERS: Shona fights for her life as David prepares himself for the worst

Their honeymoon period is far from over...

There is heartache heading for Coronation Street as Shona Ramsey’s friends and family say their devastating final goodbyes.

Soap fans have been left left heartbroken after Shona found herself caught up in the terrifying events on Christmas Day in Coronation Street, and things don’t look good for the cafe worker as the new year arrives.

After being shot in Derek Milligan’s heart-stopping Christmas Day shooting as he vowed revenge on loan shark Gary Windass, Shona has been left fighting for her life in a coma ever since.

Fans saw Shona planning a birthday treasure hunt for David leading him around the Weatherfield Wonderland to find his gifts.

However things took a sinister turn when she was tragically caught up in the deadly feud between the warring enemies.

As the new year arrives, things are looking seriously gloomy for Shona as doctors prepare her family for the worst.

A broken David has taken vigil by his wife’s hospital bedside, willing her to wake up and recover from her injuries.

But the new year will see Nick Tilsley gently suggesting to brother David that he should let Shona’s friends come and see her at the hospital as it might be the last time they get to see her alive.

David is beside himself with grief, having only just got his life back on track after getting out of prison and marrying the love of his life… and when doctors suggest they try removing Shona’s breathing tube, he refuses.

Eventually David reluctantly agrees to let Shona’s friends come and see her… and Billy, Eileen, Roy, Audrey, Sarah and Gail all come and visit for what they realise could be the last time.

After everyone says their goodbyes, David finally agrees to let the doctors try taking out his wife’s breathing tuebe, knowing this is make or break.

If Shona manages to breathe on her own without the assistance of the machine, then David knows there could be hope she might wake up – but he is also heartbreakingly aware that this might be the moment that he loses Shona for good.

Can Shona defy the odds and breathe unassisted? Or is David about to face the ultimate heartbreak so shortly after his wedding day?

Do you think Shona will be okay? Leave us a comment on our Facebook page @EntertainmentDailyFix and let us know what you think!