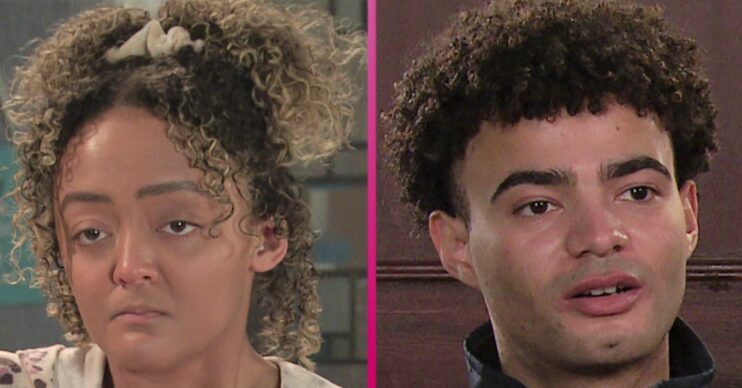 Coronation Street SPOILERS: Emma and Faye to go to prison as Jon finds out the truth about his grandad’s death?

Faye blurts out the truth

Coronation Street spoilers for this week reveal Jon finds out the truth about Emma and Faye‘s involvement in his grandfather’s death.

Emma has been spending time with Ted’s grandson, Jon, over the last few weeks.

But as he gets closer to the truth, will Emma and Faye end up in big trouble?

In tonight’s episode of the soap (Monday, April 4) Emma and Jon continued to spend time together before he left to go to Australia.

As he showed Emma where he planned to open his beach bar she realised she had gone to the same beach as a child.

Jon invited her to move with him and Emma considered the idea.

However later Jon turned up at the flat after forgetting his phone when Craig and Faye were home. He soon recognised Craig.

Emma, Faye and Craig panicked as they came up with a story as to why Jon may recognise Craig.

Jon didn’t seem to remember Craig was the officer at his grandfather’s flat, but when he left, Craig and Faye told Emma she needed to end things with Jon.

Later Emma and Jon were both left heartbroken as she broke up with him.

Jon mentioned he did recognise Craig as one of the officer’s who worked on the case of grandfather’s death, but Emma played it off as a coincidence.

After breaking up, Emma returned to the flat in tears. But will Jon find out the truth?

Emma and Faye to go to prison as Jon finds out the truth about his grandad’s death?

Later this week, Craig is excited to be returning to the police force and sets off for his first day back.

Meanwhile at the flat Jon arrives demanding answers and Faye blurts out they’re responsible for his grandad’s death.

Will Emma get her happy ending, or will she be running from the law?