There's trouble heading for the Platt family in next week's Coronation Street when David Platt double crosses brother Nick Tilsley by telling the police everything about Audrey's stolen money...

Corrie fans will know that after David discovered his brother Nick was the one who stole their gran's money, he then helped him spend it as they opened a barbers together. 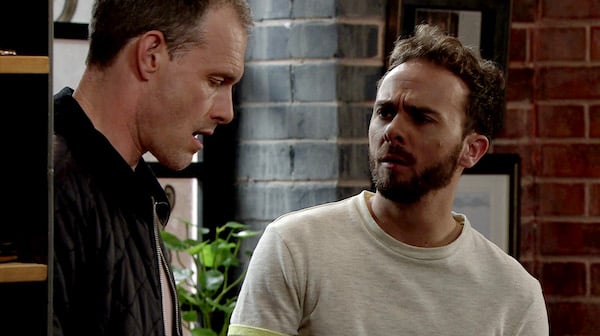 David and Nick have been in cahoots for months (Credit: ITV)

But the soaps big 9pm episodes airing this week, we will see the guilt become too much for David to bear, and he will confess everything to Audrey about where her money vanished to.

However, David's confession is only the start of the drama for the family and, as they arrive home from their holiday, Nick will make David an offer: he takes the blame for Audrey's money and Nick will sign over his half of the barbers to him in return. 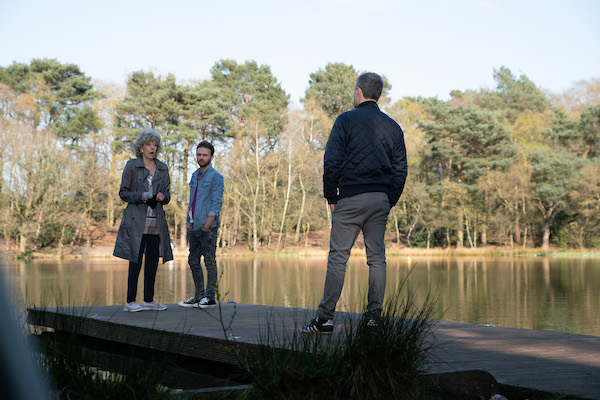 David tells Audrey the truth about her missing money this week (Credit: ITV)

But it seems David has got a plan of his own up his sleeve next week, and he gets the ball rolling as the police arrive to arrest him and Nick on suspicion of theft.

The police tell David that Nick has pointed the finger of suspicion at him, but David is adamant the he's not going to go down for something that his brother did, and having already signed the deeds for the barbers, he tells the police the truth.

But how will Nick react when he finds out that his own brother has double crossed him? 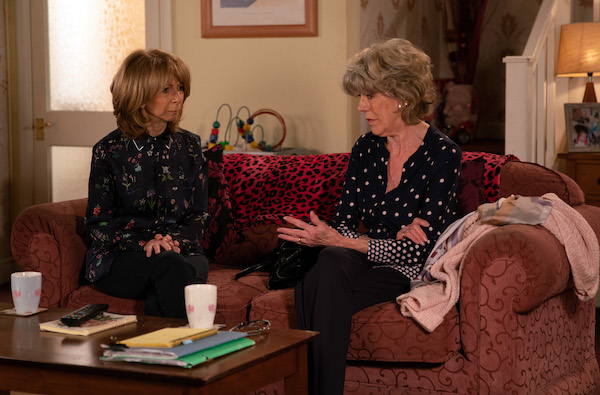 Gail begs Audrey to drop the charges against Nick and David (Credit: ITV)

As David and Nick fight it out, Gail is fuming when she sees her sons at each other's throats and blaming one another for the sorry mess they've found themselves in.

But as Gail begs Audrey to drop the charges against her sons for the sake of their family, it seems David has got another plan up his sleeve.

Determined to put things right after so many weeks of lying, David hands Audrey a legal document and explains that he has transferred the barber's shop over to her name, leaving her stunned. 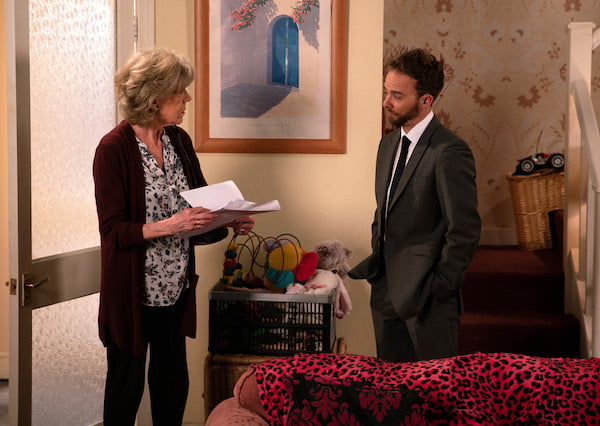 David signs the barber shop over to Audrey (Credit: ITV)

Gobsmacked, Audrey realises that her grandson really does want to right his wrongs, and offers him a job at the barbers working under Maria.

But while it's more than a little bit of a step down for David, he accepts immediately, grateful to still have a job.

Meanwhile Nick's lies are catching up with him, leaving his relationship with Leanne hanging by a thread. 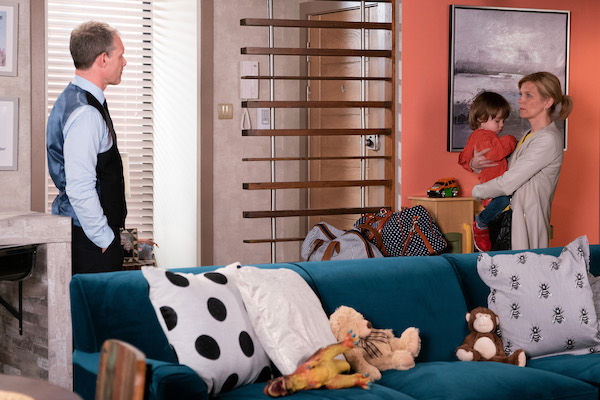 Leanne is shocked when Nick confesses the truth (Credit: ITV)

Will she stand by him when she finds out he was the one who stole Audrey's money?

As things remain tense between David and Nick, it seems the pair are going to be at loggerheads for a long time to come. Will they ever make up?

Do you think David has done the right thing? Leave us a comment on our Facebook page @EntertainmentDailyFix and let us know what you think!