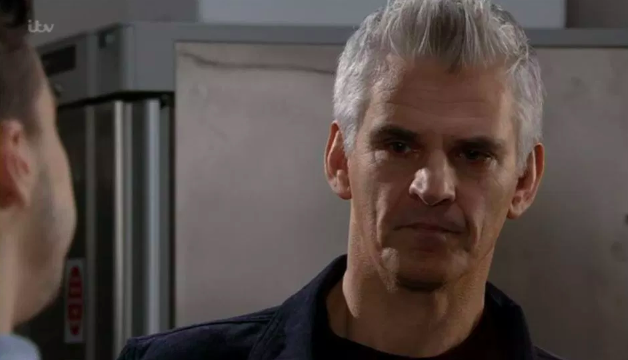 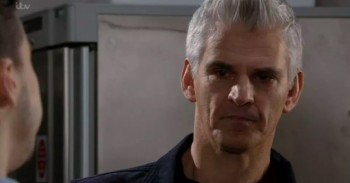 Robert Preston has been hiding a secret in Coronation Street and fans think they know what it is.

The chef has been under suspicion about his dodgy disappearances ever since the factory collapsed, with some fans convinced he is the culprit behind it.

However, others have worked out that Robert’s strange movements seem to coincide with another character – Vicky Jefferies.

And they think the pair are in a secret relationship and have been since he gave her son Tyler a job in the Bistro.

They noticed how earlier this week shortly after Vicky was attacked by Rick’s loan shark thug Sharon, Robert receiving an urgent phone call and rushed off.

Writing on Digital Spy one fan said: “Does anyone else think Robert and Vicky are in a relationship?

“It seems too coincidental that a few minutes after Vicky had been set on by Sharon he gets a call and mysteriously disappears.

“It would also explain why he’s been away so much lately since Vicky doesn’t live on the Street.”

A second fan agreed, writing: “I think he is too. He was one of the few people who actually got on with her.

“He gave her son a chance and then helped him get another job. I can see how they would get on.”

A third pointed out the dramatic possibilities of Vicky moving in with Robert and setting her up for a clash with his ex Michelle Connor.

“It will be interesting to see Michelle’s face if Vicky moves in with him,” one said.

A second added: “I think they make a hot couple and she and Michelle would explosively hate each other. This is going to be great.”

Another pointed out Robert has a history with unstable women – most notably his murderer ex wife Tracy Barlow.

One said: “A big step up from murderer Tracy though!”

Do you agree with this theory? Leave us a comment on our Facebook page @EntertainmentDailyFix and let us know what you think!