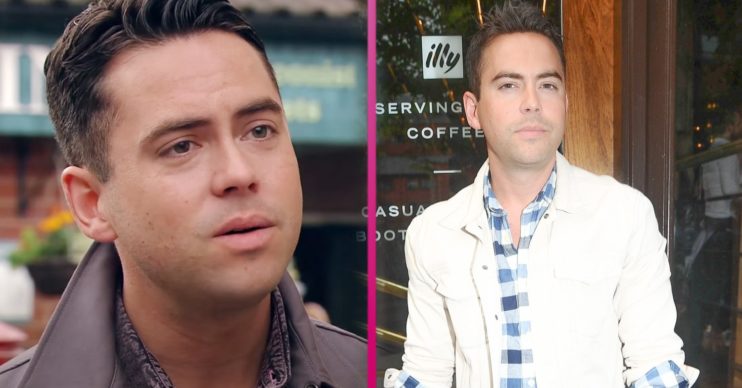 Coronation Street has removed traces of former Todd actor, Bruno Langley, who was axed from the soap in 2017.

This week, the character Todd will return to the cobbles. However he will be played by new actor Gareth Pierce.

Ahead of Todd’s return it seems like all old photos of Bruno have been replaced with Gareth, to go along with the recasting.

With the help of photo editing softwares, the show have been able to superimpose Gareth’s childhood pictures on to photos of character Todd and his on-screen brother Jason, played by Ryan Thomas.

Gareth whether he would like to explore the brothers dynamic, if Ryan was able to, or wanted to, come back in the future.

Speaking to Entertainment Daily and other media, Gareth said: “Yeah definitely. I mean I don’t know Ryan, we haven’t met or worked together before.

“But it’s really funny because the onset family photos in No.11, in the Grimshaw’s house, all the Todd ones are now of pictures from my childhood.

“But then they’re mixed in with Ryan’s childhood photos as Jason. So it does arguably feel like there’s this brotherly kind of connection, even though we haven’t actually met. So absolutely, I think it would be really exciting to do that if that ever came about.

“But yeah I don’t know anything about that.”

Bruno Langley played Eileen’s son Todd on and off for 16 years from 2001 until 2017. But he was written out of the ITV soap three years ago after Bruno pleaded guilty to two counts of sexual assault.

In the show, Todd went on the run after assaulting a police officer.

In December 2017, Bruno announced he was seeking help for alcohol addiction, and admitted he felt “ashamed.”

He said: “I have no excuse, no one forced me to drink to such an extreme, but it is hard to explain why I would do anything as dreadful as that. It must have been awful for those women, and I am ashamed of myself. I’m truly sorry.

“I sincerely apologise to the women from the bottom of my heart. I promise I will never do anything like that again.”

He added: “I accept my punishment because I know what I did was wrong. I’m not going to attribute blame to anyone else other than myself.

“To treat women in the way that I did is truly shocking. I was horrified when I heard what I’d done. My behaviour was dreadful. I’m so sorry for what has happened.”