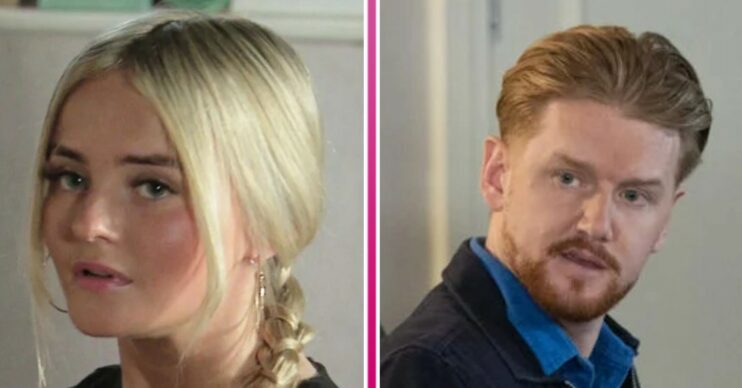 She will find out sooner rather than later

Coronation Street’s Kelly Neelan is set to find out the truth about who killed her dad and it will send her reeling.

But Gary Windass actor Mikey North has revealed her reaction may not be what we expect.

So as Kelly edges closer to the truth in Coronation Street, just what will she do?

In tonight’s episode (Wednesday July 20) Gary saved Kelly from her captors who wanted to get their hands on Rick‘s cash.

Although it was Kelly who dealt the blow with the crowbar that knocked their attacker unconscious, Gary wanted to carry on the fight and kill the kidnapper.

Kelly begged him not to.

The guy was unconscious and if Gary had killed him it would have been murder rather than self-defence.

Although Kelly managed to talk him out of it, she was left disturbed by the cold determination in his eyes.

He lied to her that he’d never been like that before, but it was clear she didn’t believe him. Will she now join the dots and work out he killed her dad?

Kelly finds out Gary killed her dad in Coronation Street?

During an interview with Entertainment Daily and other media, Mikey teased the big reveal.

“I guess it’ll be huge whenever that happens and I guess that’s what we’re eventually building towards, how their relationship will develop over time.

“I’m looking forward to seeing how it’s all going to transpire with those two.

“As they grow closer it’s going to be even more of an explosive thing when it does happen.”

When asked about whether Kelly will forgive him and he can be redeemed, ultimately getting away with murder, Mikey teased Kelly’s reaction might just shock us.

“I always thought that once the people linked to Rick found out, his wife and daughter, but then Laura did find out and she found it in her heart to forgive him.

“So, I guess if Kelly ever found out and found it in her heart to forgive him, I don’t know if that would be possible, but I guess if the people closest to Rick managed to forgive him hopefully everybody else would be able to. Who knows?”

Could Kelly really forgive him?

“Obviously, he’s taken Kelly on and he’s starting to love her like his own daughter.

“I think that can help build towards his redemption as well, that he’s looking after her.

“He took on Laura when she was dying as well.

“Time will tell but hopefully he’s doing enough to be redeemed in some way.”

But with the scales clearly falling from Kelly’s eyes in Coronation Street, will she really see it that way?