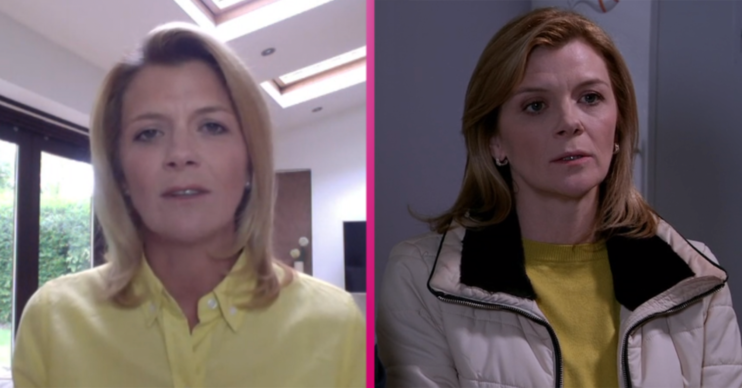 Coronation Street actress Jane Danson is at the centre of one of the soap’s most devastating ever plots as Leanne comes to terms with losing son Oliver.

Leanne has just discovered that the tot has mitochondrial disease, which is life-limiting.

Viewers have watched this week as she desperately tries to come to terms with the fact her son will die.

And now Jane has shared a message to families who are going through what her character is in real life.

“To the families who have sent me messages who are going through Leanne’s story for real, thank you,” she wrote on Twitter.

“I know it’s a very difficult watch for a lot of people.

“We hope by telling Oliver’s story, it will in some way help raise awareness and understanding.”

To the families who have sent me messages re @itvcorrie who are going through leannes story for real, thank you. I know its a very difficult watch for a lot of people. We hope by telling Olivers story, it will in some way help raise awareness and understanding. Xx

How has Leanne reacted to the Oliver’s news in Coronation Street?

In last night’s episode, Leanne’s sister Toyah introduced her to Josie, a mum who lost her own son at the age of nine.

She now runs a support group for parents of terminally ill children.

After Josie left Leanne said listening to her story made her realise she needs to make Oliver’s life the best it can be for as long as possible.

She revealed she intends to take Oliver to Cornwall, as a holiday will do him good and his happiness is her top priority.

Jane was visibly emotional as she revealed the heartbreaking plot to This Morning back in May.

She told Phillip Schofield and Holly Willoughby: “Storylines that I’ve had in the past have been kind of revolving around men, affairs and breakdowns, friendships, all that kind of thing.

“And this is an illness which is life-limiting and it’s obviously involving a very small child. And lots of people are sadly going through this.

“So we spoke with a lady called Liz from The Lily Foundation and sadly her young child, her young baby, died from this condition.

“And she was really helpful in explaining what life was like for her, how she felt about the diagnosis.