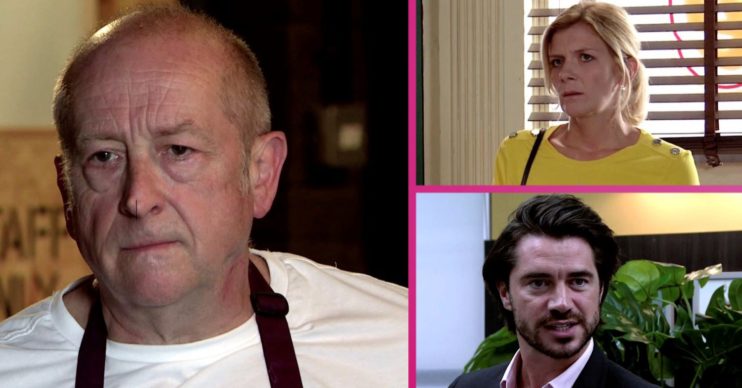 Sally and Alya plot against Geoff

Coronation Street spoiler pictures for next week show Sally and Alya have a plan.

But how will Geoff and Tim react?

Also, Adam wants answers, but is he pushing Sarah back into Gary’s arms?

Here’s what’s coming up in next week’s Coronation Street.

1. Sally and Alya have a plan 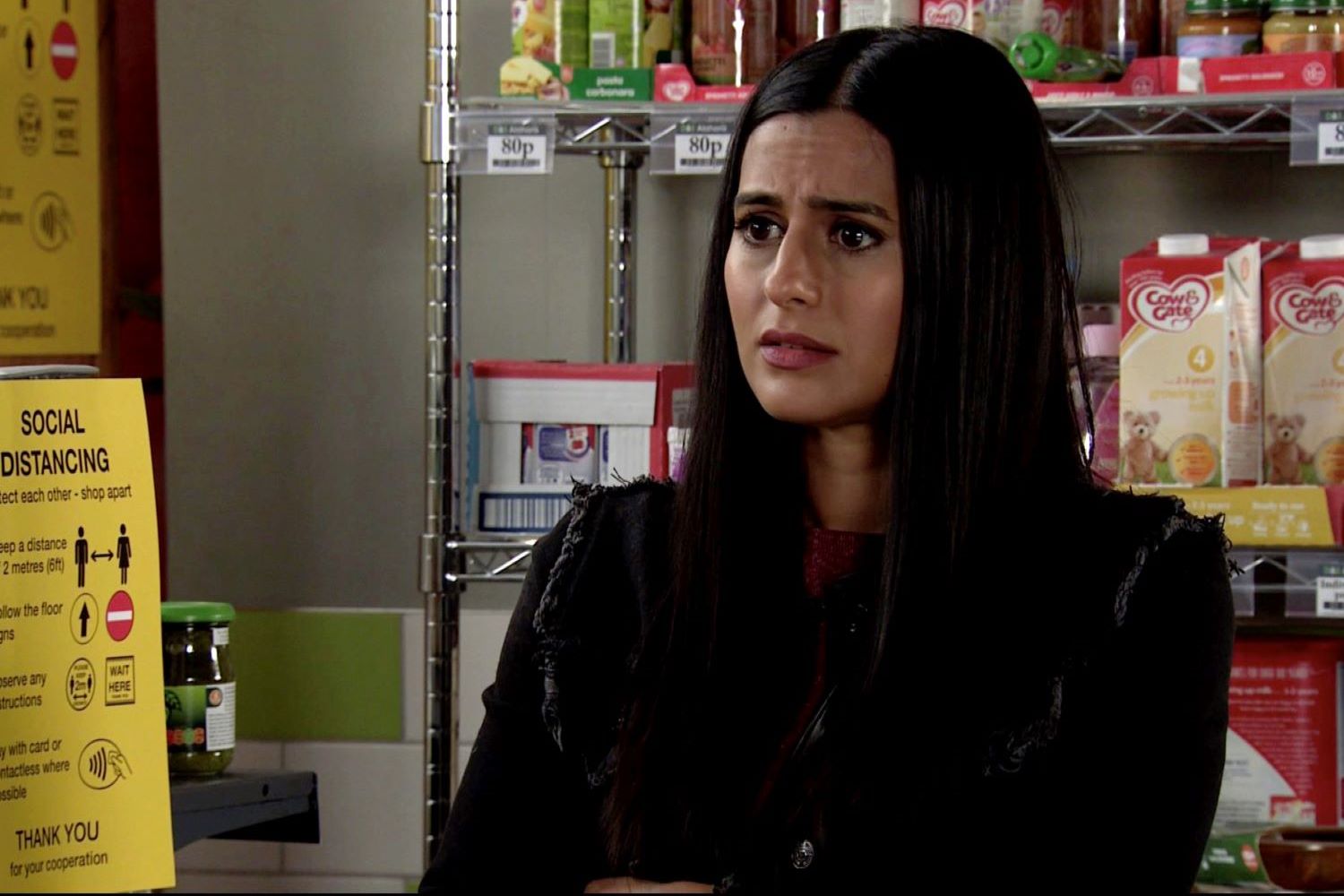 Alya decides to sell her share of Speed Daal to get away from Geoff.

After visiting Yasmeen to tell her about Elaine’s disappearance, it makes Alya more determined than ever to get her family away from Geoff. 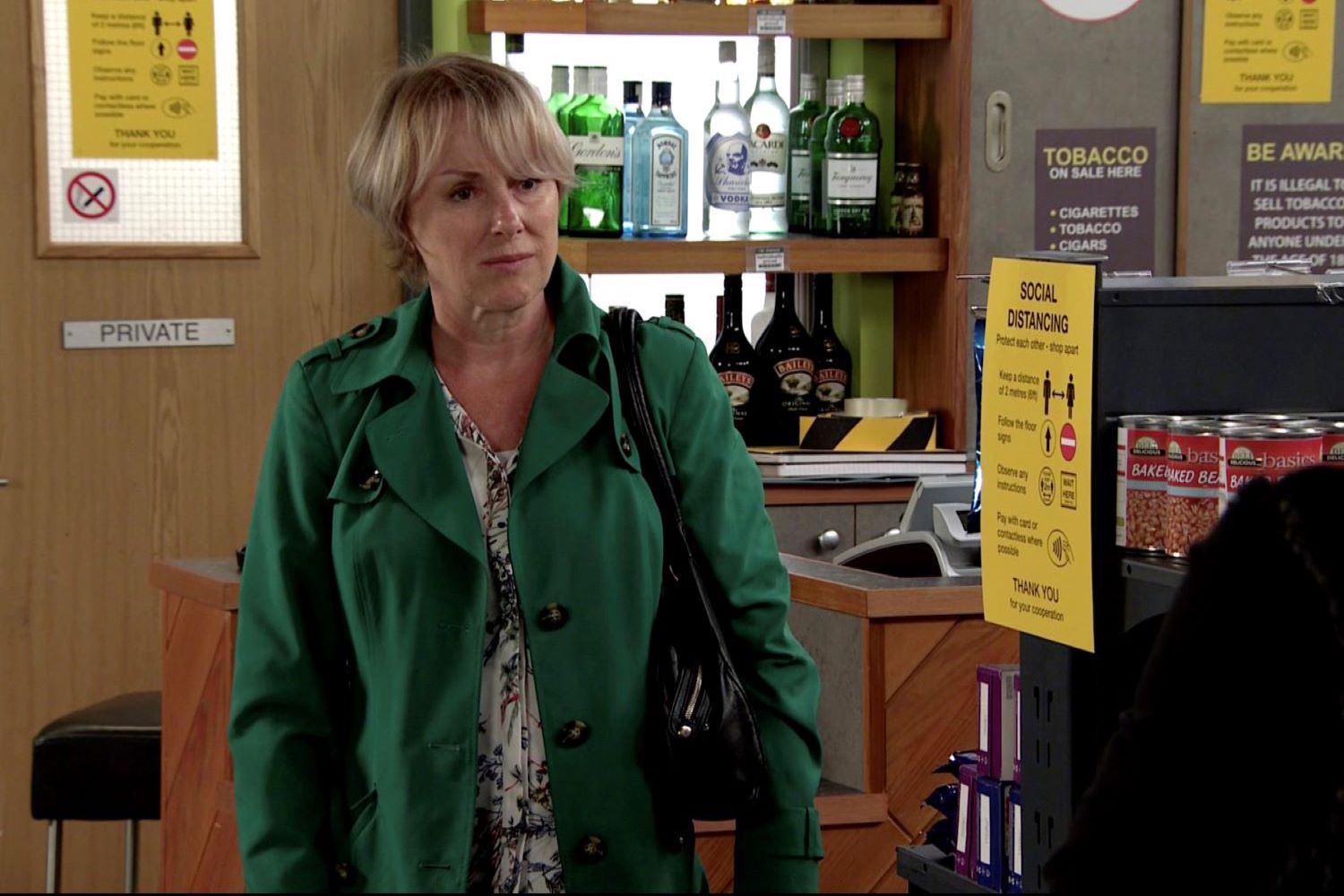 Alya’s shocked by the gesture, but Sally insists the money was Yasmeen’s anyway. 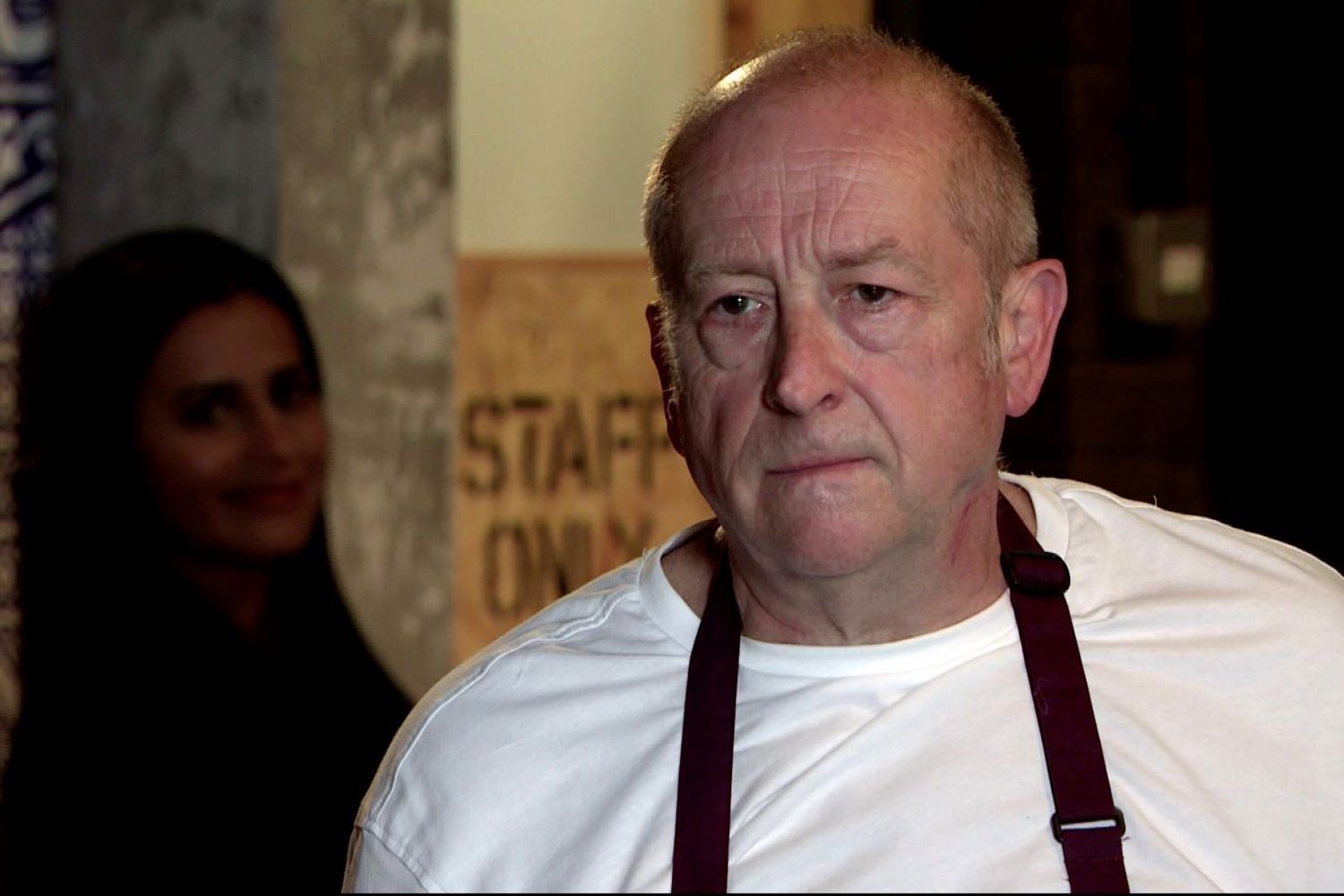 However, when Geoff refuses to let Alya buy him out, she takes great delight in telling him Sally was giving her the money from the wedding.

How will Geoff react?

2. Sally and Tim on the rocks 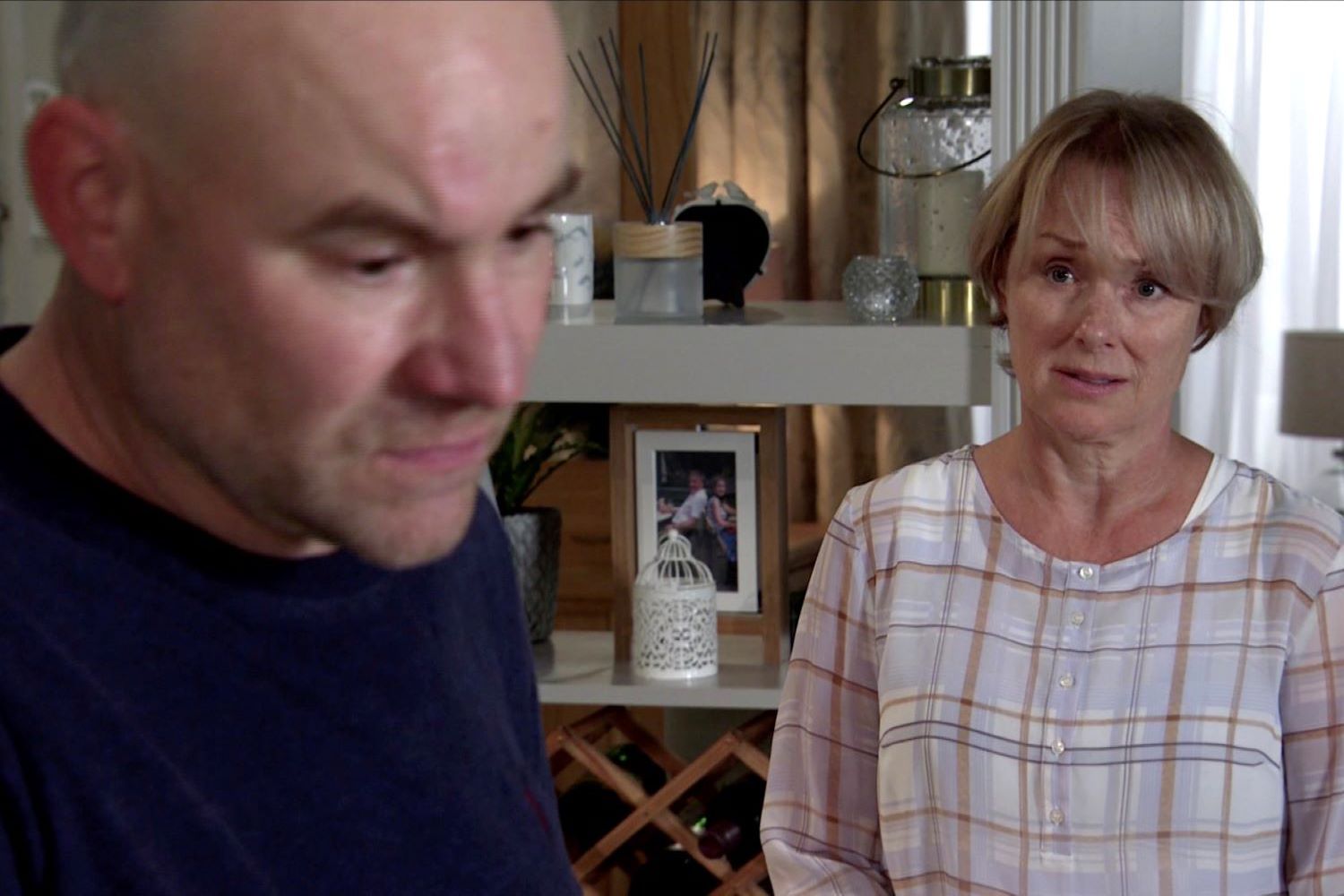 Tim is furious Sally offered Alya their wedding money without consulting him.

Sally apologises and assures him they can still afford a wedding.

Geoff tells Sally Tim will always choose him over her.

Can Sally save her relationship? 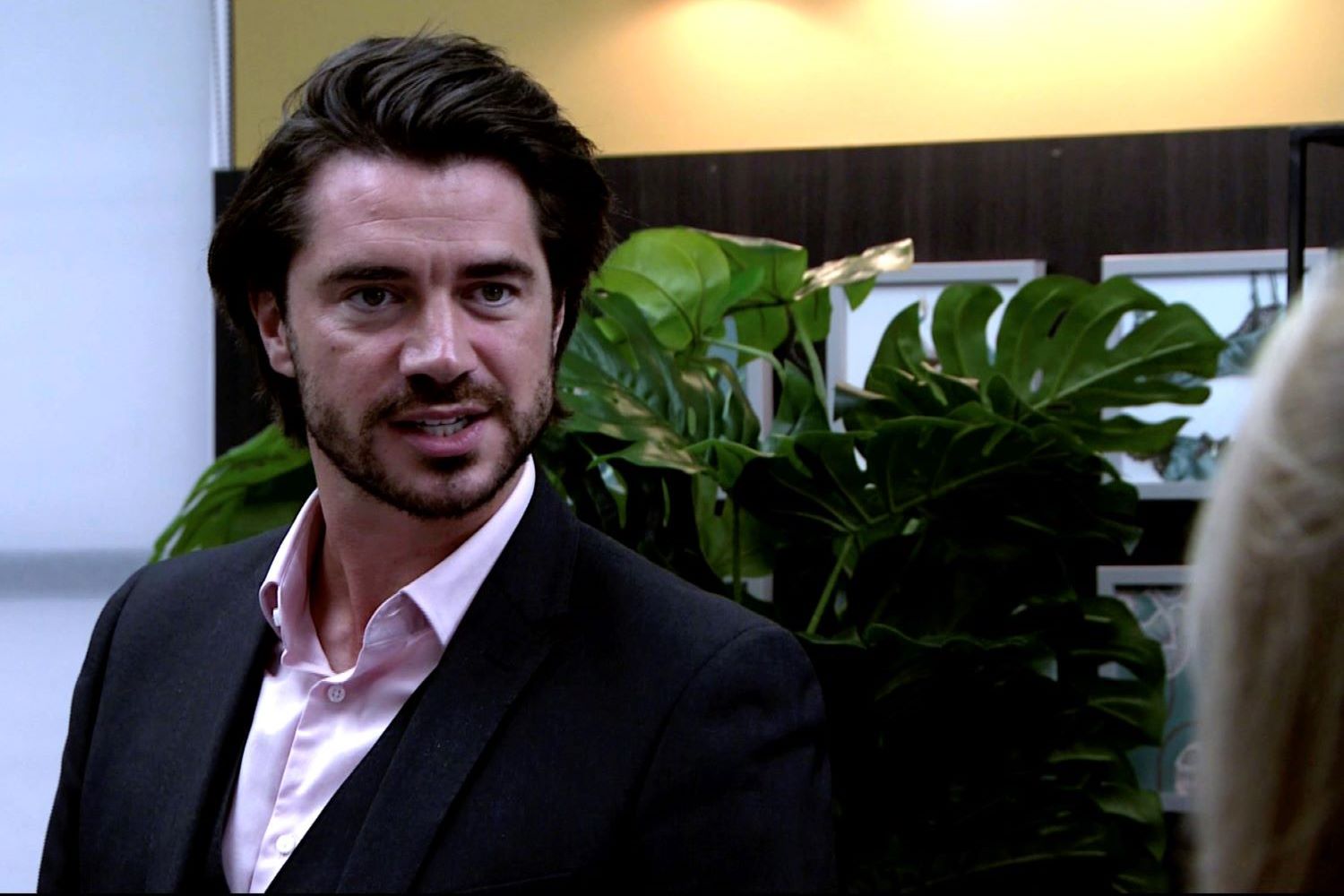 Bernie tells Adam the watch had Rick’s name engraved on it and also that Gary was keen to get his hands on it. Adam is more convinced than ever that Gary murdered Rick.

Sarah is caught out when Adam finds her with the watch. He demands she tell him what she knows. 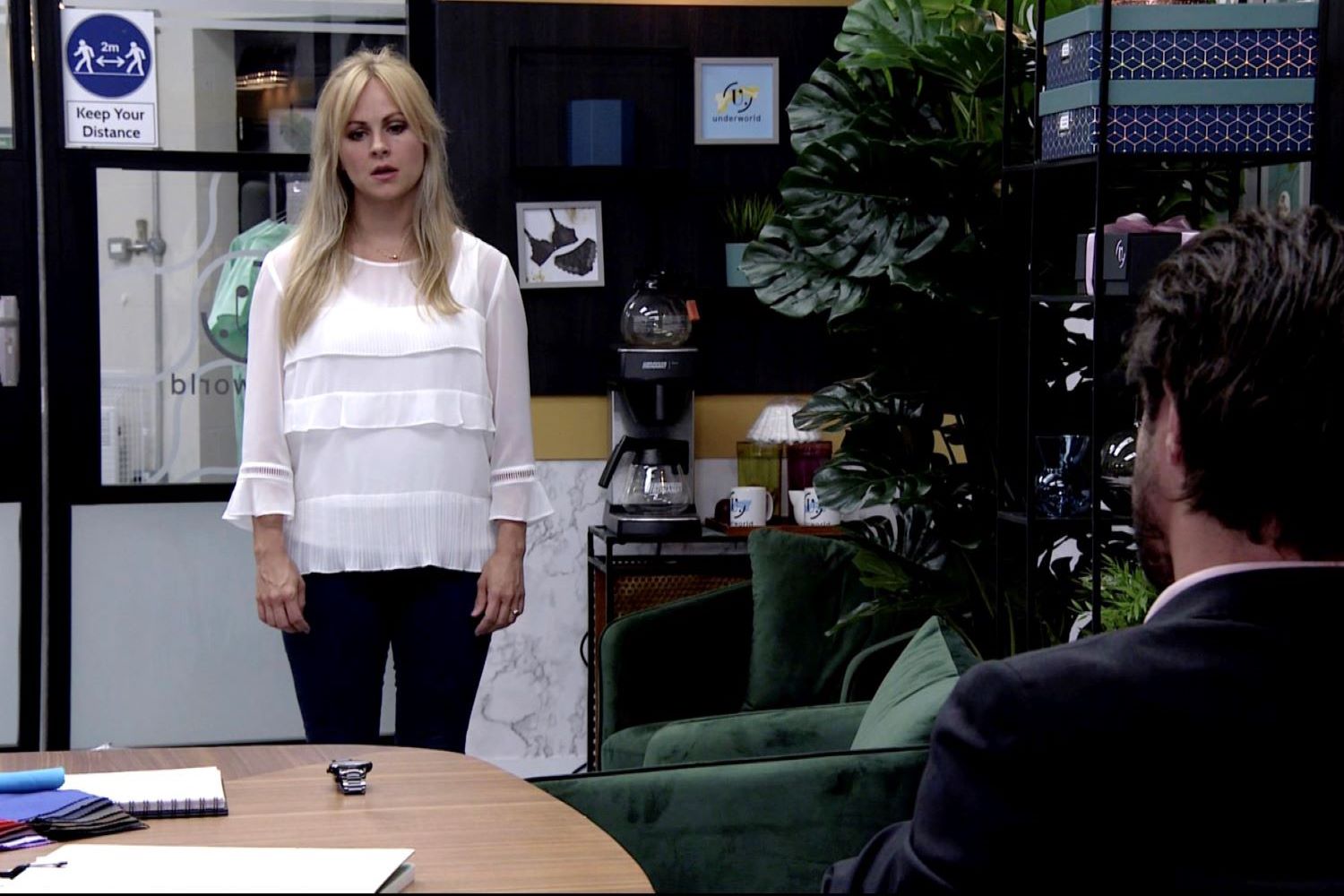 Sarah has little choice but to explain herself to Adam.

She tells him if Gary killed Rick it was to protect her and her family. How will Adam react?

4. Are Gary and Sarah really over? 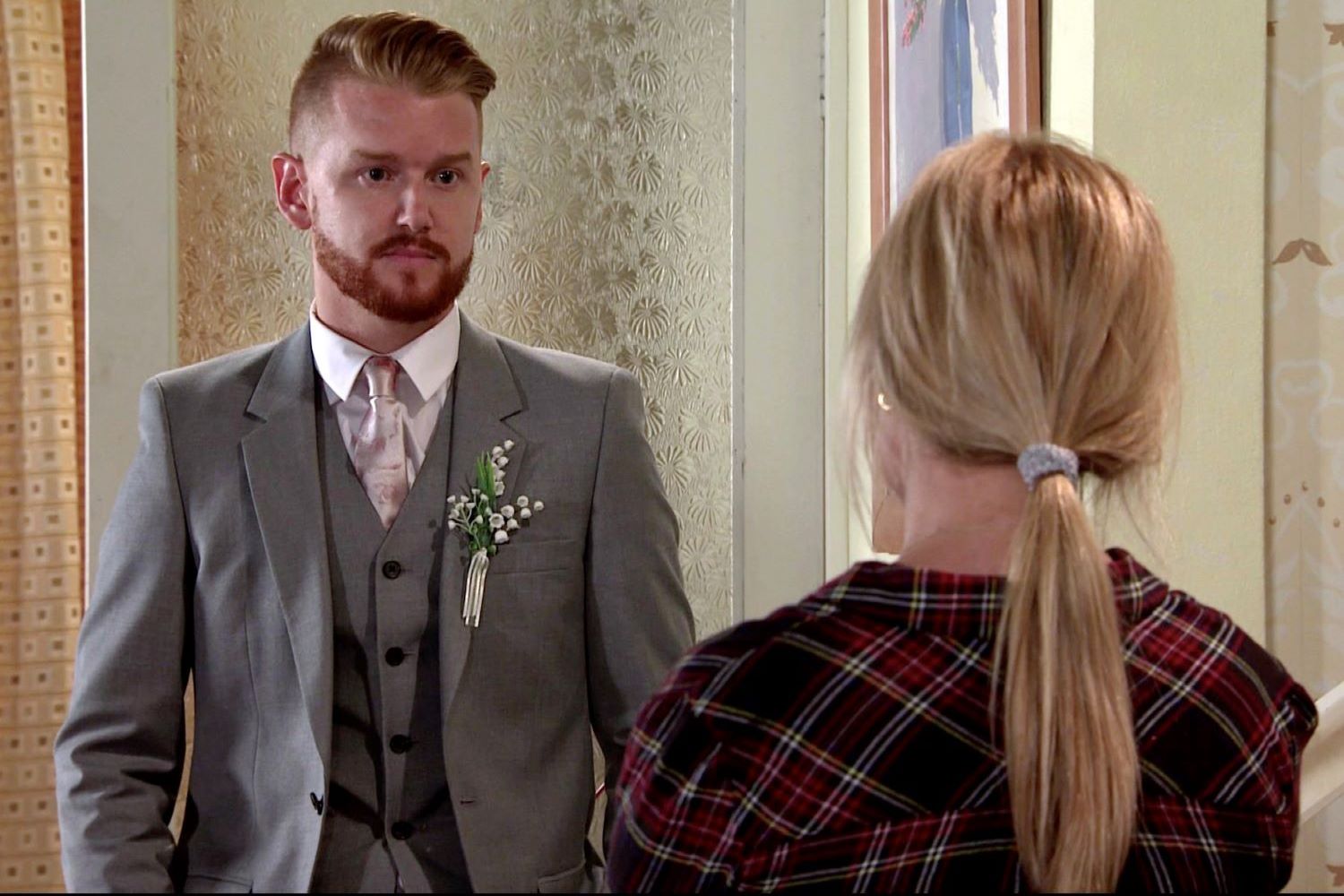 As Gary prepares for his wedding to Maria he’s nervous when Adam goads him.

Gary goes to see Sarah and asks her what she told Adam, but she insists she told her husband nothing.

However she admits Adam is convinced she’s still in love with Gary.

The former couple share a charged moment, but will they act on it? 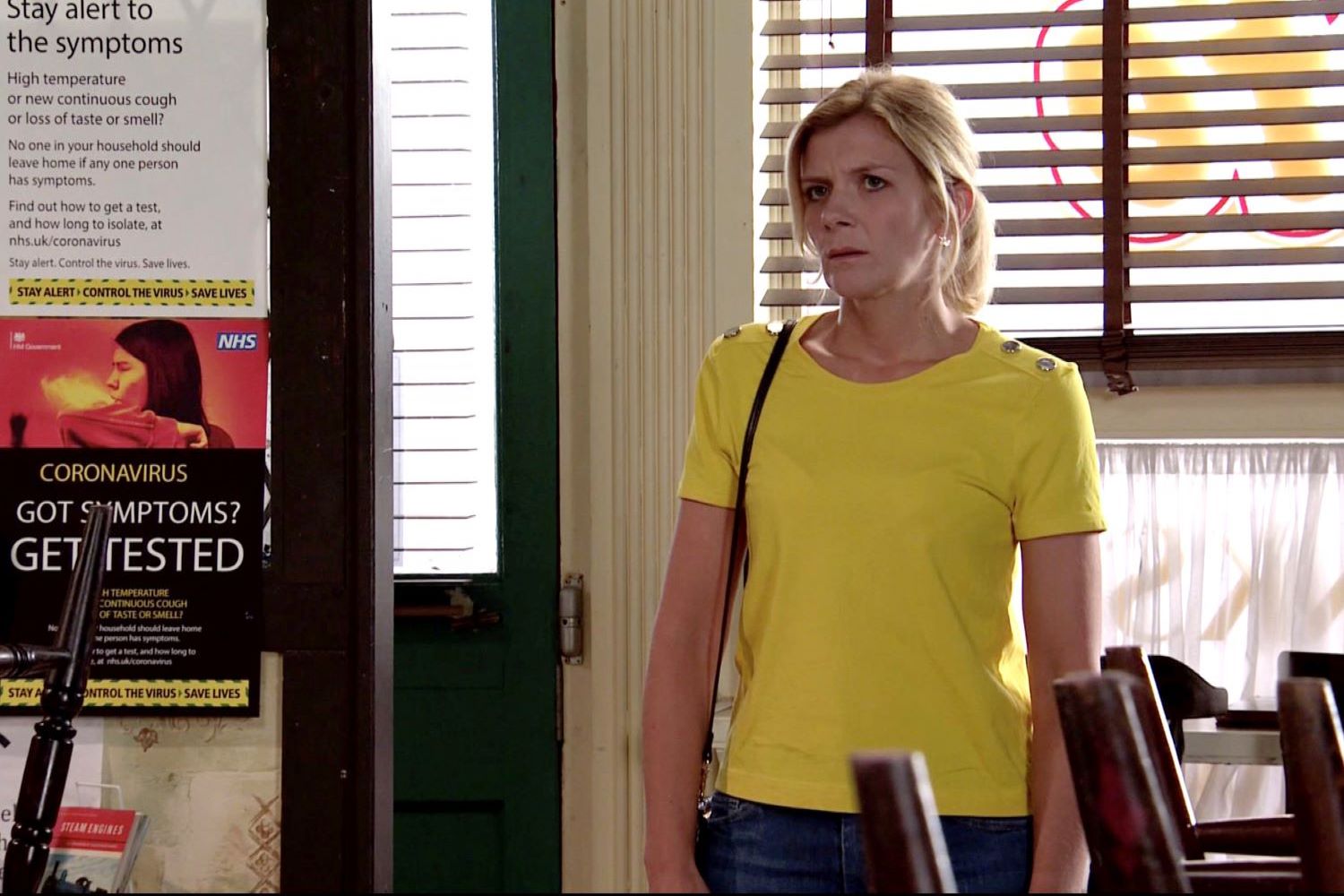 Steve is worried about Oliver and is tipped over the edge by the cafe’s veggie day.

He storms out and returns with sausages, demanding they be cooked for him.

Leanne finds Steve mid-sausage protest and realises the stress is getting to him, so she takes him home and cooks the sausages for him.

Leanne says he can always talk to her and Steve is comforted by her words.

6. Chesney is the star of Gemma’s vlog 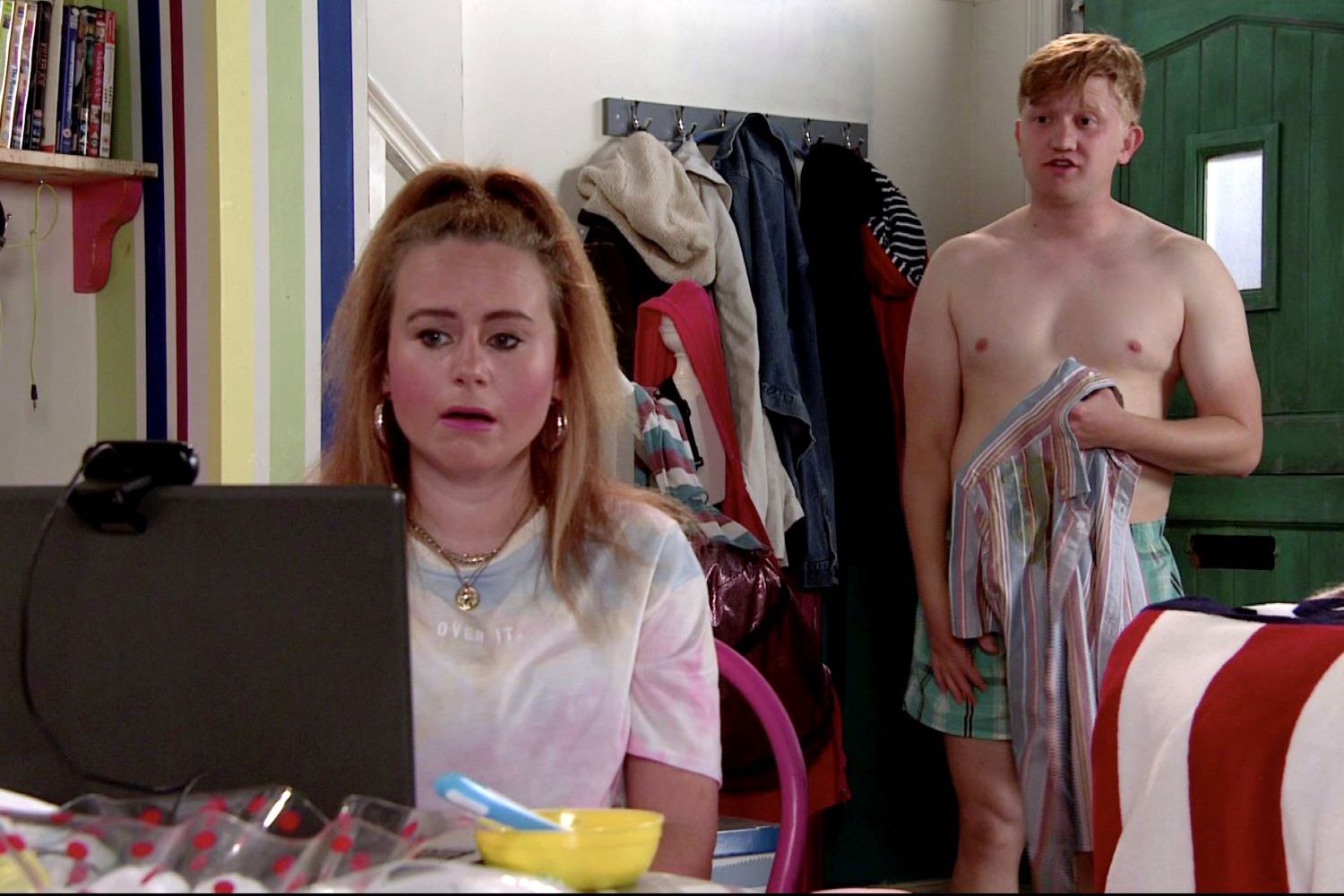 Gemma is live streaming her vlog, but Chesney comes downstairs in the middle of it in just his pants with his shirt covered in baby sick.

He’s mortified he’s been near-naked on the vlog and convinced he’ll be a laughing stock.

Despite everyone’s warnings to tread carefully, Gemma arranges to meet Vanessa. Is she setting herself up for a fall? 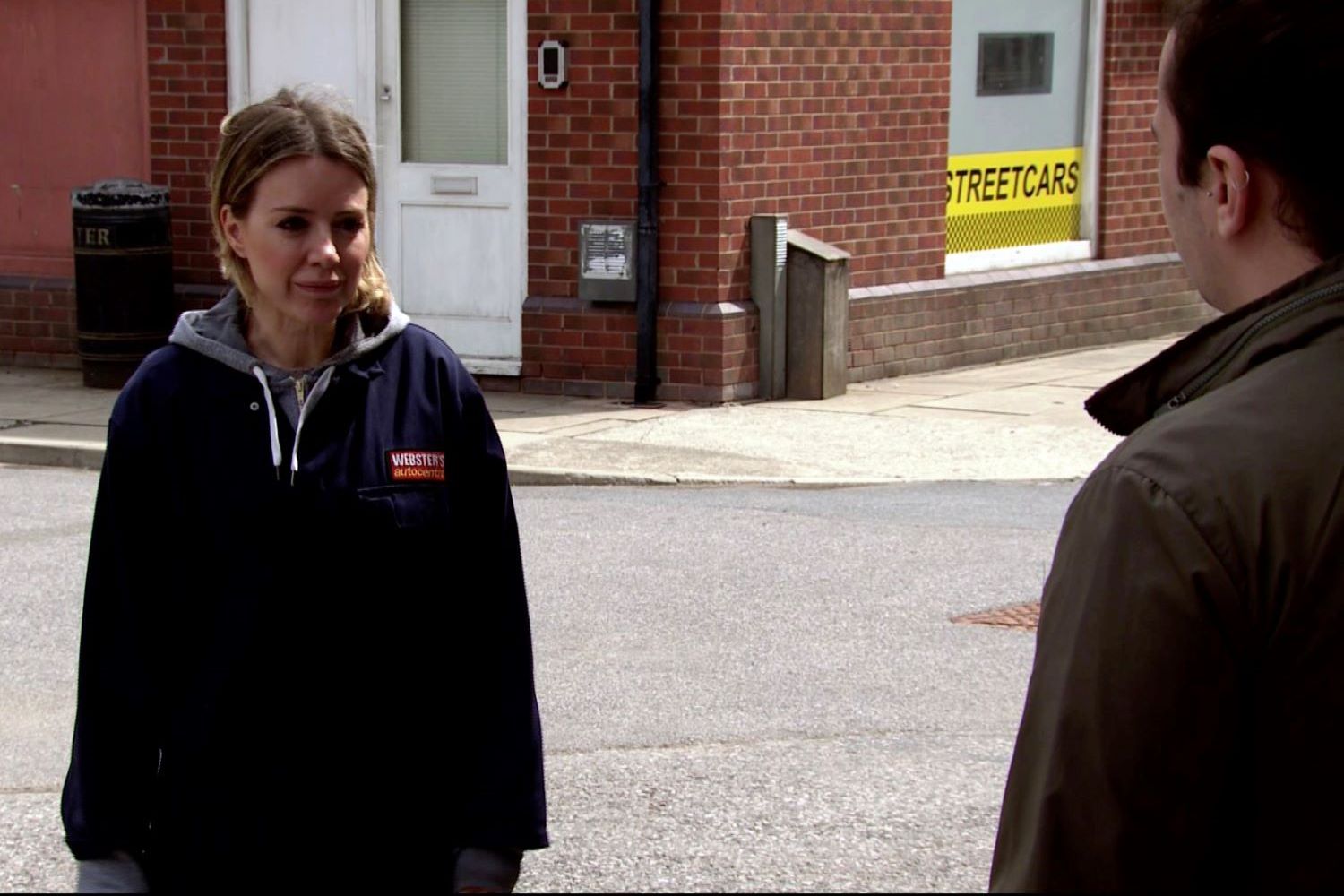 Abi realises she has to say goodbye to the twins before they go to Australia.

She asks Seb to speak to the social worker on her behalf. Will he agree?