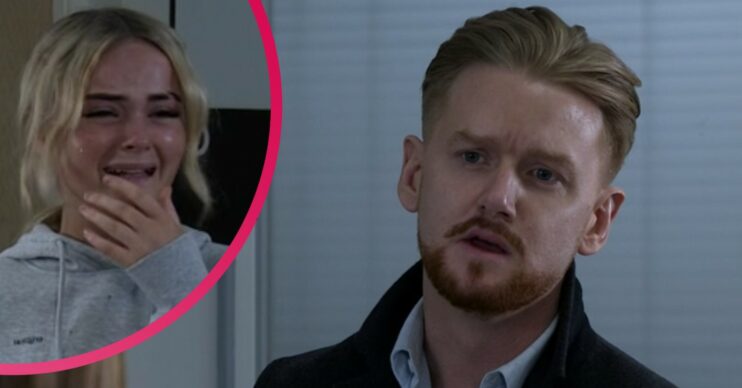 Gary has gone too far for Corrie fans now

Coronation Street fans are furious at Gary Windass for his disgusting decision over Laura Neelan.

The killer is hiding the secret that he murdered loan shark Rick Neelan and took over his business.

Viewers have watched in recent weeks as Gary let Rick’s widow Laura take the blame for the murder.

She was suffering from terminal cancer and discovered Gary’s killer secret.

But with the news that the body would soon be found, Laura took a shock decision.

Read more: Jane McDonald on why she never had children

Confessing to the police that she murdered Rick, Laura made Gary promise to look after Kelly and make sure she inherited Rick’s estate.

But her decision meant that Kelly refused to see her mum in her final days.

And last night she tragically lost her battle with cancer – without reuniting with her daughter.

Fans are blaming Gary for not coming clean to convince Kelly to say goodbye to Laura.

Instead, he tried to convince her by telling Kelly: “You really need to see her, she begged me. She is gonna pass away any minute, she is still your mum.

“You need to go and see her. If you don’t go and say goodbye now you can’t go back and do it later. This is it, you’ll regret it for the rest of your life.”

Kelly told Gary: “You go and see my mum, tell her to say hello to my dad.”

Eventually Simon Barlow got through to Kelly and she raced to see her mum, but it was too late.

But as Kelly crawled onto the bed with her mum’s body, devastated, fans were enraged that Gary let it happen.

“Kelly literally missed her final moments with her mum, cos of him.

“The closer the bond she makes with him & Maria the worse it’ll be when she finds out the truth about who actually killed her dad.”

A second said: “Hope you’re proud of yourself Gary.”

Another added: “I’ll never forgive Gary for letting Laura take the wrap for killing Rick. The decent thing that Gary can do now is hand himself in.”