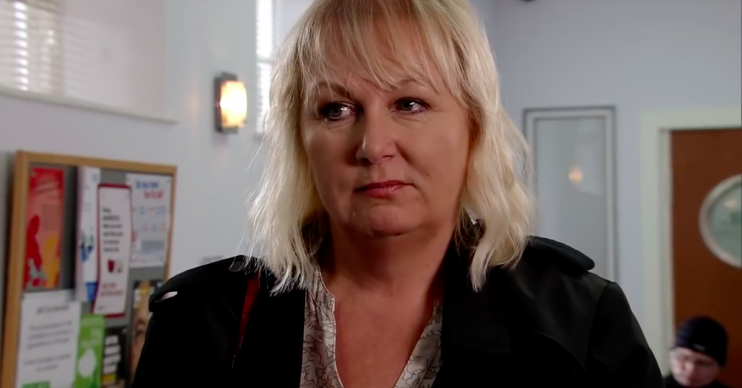 Viewers of Coronation Street got an unexpected surprise this week, when they discovered that actress Sue Cleaver appeared on the ITV soap BEFORE being cast as fan favourite Eileen Grimshaw.

Sue, 56, joined Corrie as regular character Eileen in 2000, and since then has been involved in some of the biggest and most emotional storylines of recent times – including being married to serial killer Pat Phelan.

But fans watching classic Coronation Street on Tuesday (January 14) were shocked to spot the actress appear in another role as far back as 1994.

Sue starred as Sister Treece for just one episode, six years before winning the role of Eileen.

On Twitter, another eagle-eyed fan tweeted: “Eileen was a nurse in the 90s!”

@Corriepedia Eileen was a nurse in the 90s!!! #corrie

the best bit about watching #ClassicCorrie & #ClassicEastEnders is spotting the stars of today making little cameo appearances, before they were famous! Just spotted @Sue_Cleaver working as a nurse in weatherfield general haha #corrie

@Sue_Cleaver never realised you were a secret nurse! Just watching classic Corrie and you're the nurse treating Denise when she lost blood when pregnant. Have to say you've aged better than wine, hope that's not offensive cos it's not meant to be ❤

@Sue_Cleaver
Was that you i just saw on classic Corrie, as a nurse??

“Eileen rocking up as a nurse in classic Corrie!” exclaimed one more, while another said: “The best bit about watching classic Corrie is spotting the stars of today making little cameo appearances, before they were famous! Just spotted @Sue_Cleaver working as a nurse in Weatherfield General.”

She also played small roles in A Touch of Frost, Band of Gold and Casualty.

Did you know Sue Cleaver had played a nurse in Corrie? Leave us a comment on our Facebook page @EntertainmentDailyFix and let us know what you think!