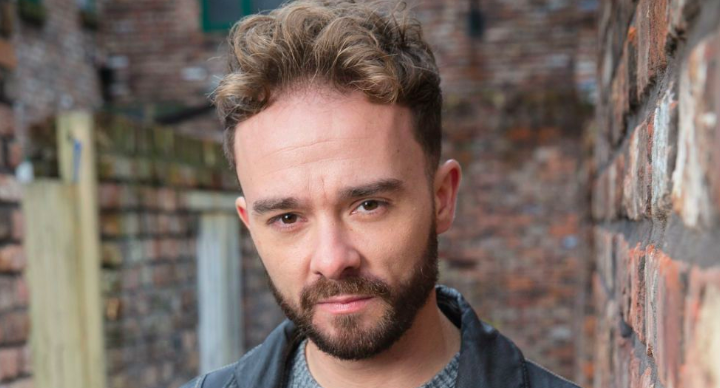 David's life has spiralled out of control

Coronation Street’s David Platt will be “on the edge” in the New Year, actor Jack P Shepherd has revealed.

Viewers have been watching heartbroken as David has discovered new wife Shona is brain dead after she was shot on Christmas Day.

In Friday night’s episode David was given the tragic news that Shona may never wake up from her coma.

And actor Jack has said this devastating development will see David nearing another breakdown.

He said of David’s upcoming battle: “In a different way, yes. I don’t think it should just be him being angry and lashing out, I think it should be something that’s a reaction to his grief.

Read more: Coronation Street SPOILERS: Shona fights for her life as David prepares himself for the worst

“More David on the edge and you’re just not quite sure what he’s going to do.”

Jack also teased how David’s upcoming dramatic storyline will see him having to perform his own stunts.

He added: “You’ll see in the New Year, David on the edge is capable of anything, I’m really looking forward to it and I get to do my own stunts!”

David has previously gone off the deep end when grieving.

When his wife Kylie Platt was murdered – by Shona’s son Clayton – he tried to firebomb the court to kill him during the trial.

Instead he nearly ran over his own daughter Lily before narrowly avoiding her and causing a crash that left Anna Windass with third degree burns.

But this time David doesn’t just have the potential loss of Shona to deal with as his rapist Josh Tucker is up on trial for sexually assaulting two other men.

Jack added: “He tells his story and he feels like the jury believe him, but then Josh’s defence try to make out that David had sexual feelings for Josh and the fact he wanted to kill himself afterwards was due to the fact that he’s gay and was in love with him.

“David ends up lashing out and shouting in the courtroom, then he decides he’s wasting his time and he needs to get back to Shona.”

Could David have scuppered the trial and still end up losing Shona? Leave us a comment on our Facebook page @EntertainmentDailyFix and let us know what you think!