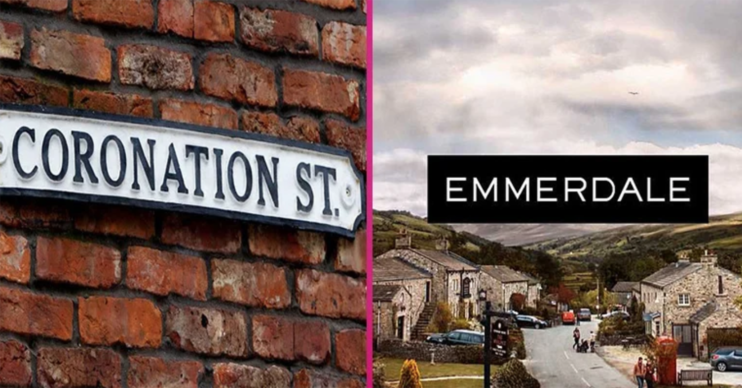 The soaps will be back to normal next month

Coronation Street and Emmerdale fans are dreading the return to six episodes per week next month.

The ITV soaps have been on half episodes since the pandemic shutdown but after resuming filming in June they will soon be able to increase this.

However, fans have now grown accustomed to the three episodes a week format and don’t want it to change.

Writing on a Digital Spy Forums thread, one said: “To be honest I’m preferring the soaps as they are. If each were on 2 times a week I think that would be fine and I also think the quality would be better.”

A second said: “Bad news. Too many episodes and they both struggle with content to fill them.”

A third said: “Terrible decision. They can’t write decent episodes for 3 episodes a week. That’s mostly Emmerdale though. Corrie has benefited from the 3 eps. Going back to 6 is madness.”

A fourth said: “I’m not particularly a fan of this news, I think the show is much more enjoyable and actually feels a bit more grounded when it’s three episodes per week.

“Six episodes is far too much, and not needed in my opinion. It will just result in more pointless filler material, which we do not need.

“I guess for the first few months it might be okay because they’ll have lots of planned stories to catch up on, but later down the line I’m sure the filler scenes will be obvious.”

Another said: “Corrie has improved dramatically with the reduced output – so much so that I’ve actually been watching it.”

When will Coronation Street and Emmerdale air six episodes per week?

“This is testament to the incredible work that has been achieved in Manchester and Leeds by John Whiston, Managing Director of Continuing Drama and Head of ITV in the North for ITV Studios, and his dedicated and hard-working production teams, crews, writers and actors.

Meanwhile EastEnders and Hollyoaks both were forced off air after running out of episodes.

EastEnders fans were ecstatic last week when the BBC announced it will return on September 7.

It has yet to be announced when Hollyoaks will return to Channel 4 with only the autumn being confirmed.

Is six episodes too much? Leave us a comment on our Facebook page @EntertainmentDailyFix and let us know what you think!