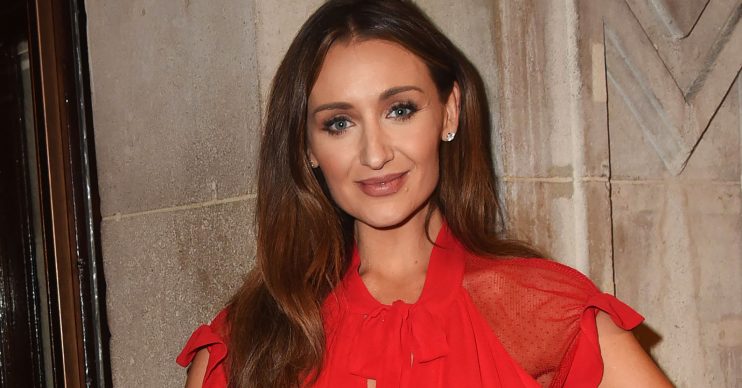 Catherine Tyldesley, who is known for playing Rovers Return barmaid, Eva Price in from 2011 to 2018, has shared a throwback snap of her playing a completely different Coronation Street role back in 2006.

The soap actress and Strictly Come Dancing star rose to fame off the back of her role as Eva in the popular ITV soap.

I just found this in old suitcases from my mums!! This is the first time I ever appeared on Coronation Street!

Catherine shared a photo to her Instagram account that revealed prior to her stint as barmaid Eva, she had played a midwife on the cobbles called Jayne Collinge.

Jayne was working at Weatherfield General Hospital when Sunita Alahan’s (Shobna Gulati) twins Aadi and Asha were born in 2006.

Taking to Instagram, Catherine shared a picture of the photo ID from her days playing midwife, Jayne on the soap.

She captioned her post: “I just found this in old suitcases from my mums!! This is the first time I ever appeared on Coronation Street !!! I played a midwife and delivered Sunitas twins @shobnagulati!

I just found this in old suitcases from my mums!! This is the first time I ever appeared on @coronationstreet !!! I played a #midwife and delivered #Sunitas twins @shobnagulati ! Blimey!! This must be like 12 years old or something?!?!

Catherine’s post got a lot of attention, with fans sharing their shock to learn that she had appeared on Coronation Street years before she took on the role of Eva.

One fan said: “I think its so funny when people appear in Corrie and then come back as a main character. Eileen actress was also a nurse and Carla was a client Jason had a fling with”.

While another fan commented: “That’s crazy!! You need to come back to the cobbles, I miss seeing you on TV.”

Another added: “No way! Literally no idea this was you! Please come back to Corrie.”

Catherine’s throwback post came after she recently admitted that she would “love to” return to Coronation Street at some point in the future.

She previously said, when asked if she would return: “I’d love to at some point.”

She continued: “I do get a little pang now and again. But it was the right thing to do for my family.”