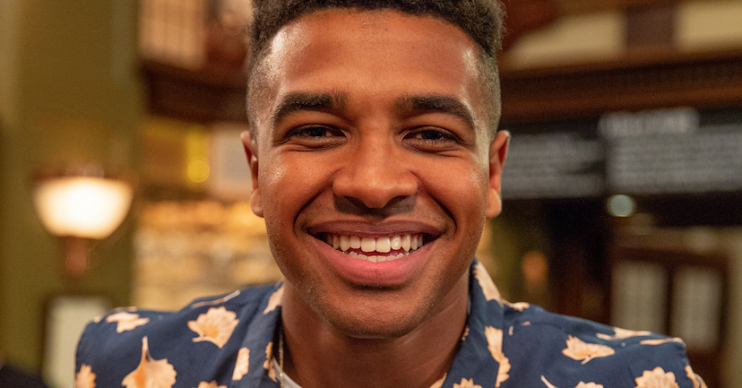 He was sacked in September after threatening to kill Jamie Lomas

The actor played Ellis Chapman in the ITV soap before he was fired in September after threatening to kill Hollyoaks star Jamie Lomas at the TV Choice Awards.

He was swiftly axed and replaced with Delicious star Aaron Anthony.

But now after months of unemployment, Asan has successfully landed a new role in upcoming BBC show Bloodlands.

He captioned the picture: “Looking forward to the next project #Bloodlands #bbc.”

The show, which is filmed in Northern Ireland, will star James Nesbitt and comes from the creator of Line of Duty and Bodyguard.

Nesbitt will play a Police detective called Tom Brannick who has to re-investigate an infamous cold case involving a legendary assassin.

The news comes just two months after Asan promised his fans he will be making a comeback after his infamous firing.

Nearly there kid. IF YOU THINK THE KING AIN’T COMING BACK YA WRONG!

He posted a picture of himself on Instagram with the caption, “Nearly there kid” and added in capital letters: “IF YOU THINK THE KING AIN’T COMING BACK, YA WRONG!”

Asan, who played the soap’s Ellis Chapman for a year, was involved in a fracas with Hollyoaks star Jamie, with the soap newcomer threatening to “kill” the Channel 4 star.

After a video of the threats became public, Asan issued a public apology saying: “My behaviour at the TV Choice Awards was completely unacceptable and very much out of character.

Will you watch Bloodlands? Leave us a comment on our Facebook page @EntertainmentDailyFix and let us know what you think!