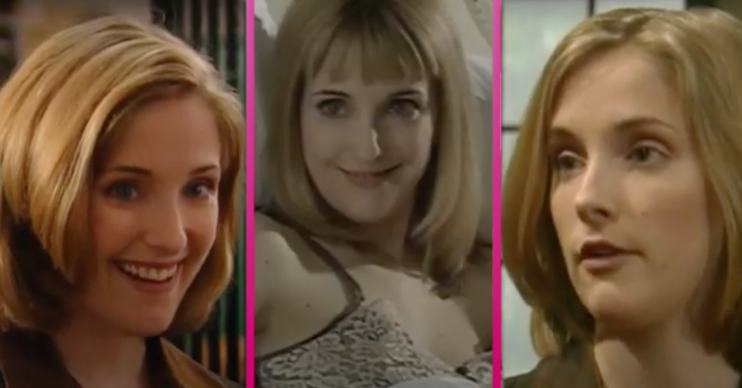 Anna Brecon in Emmerdale: Who did she play? What else has she been in?

Anna Brecon in Emmerdale played trouble-making Lady Tara on and off for five years, between 1997 and 2002.

She left the show to pursue other projects and returned briefly in 2007 for the funeral of Len Reynolds – Lady Tara’s father in law.

Anna Brecon and her time in Emmerdale as Lady Tara

Tara arrived in Emmerdale as the fiancé of Lord Alex Oakwell.

Lord Alex, though, wasn’t the catch he seemed. He’d been having an affair with Kim Tate and he was generally a nasty piece of work.

Tara loved him despite his flaws and the pair tied the knot.

But Alex proved how awful he was when he killed Linda Fowler in a car crash and fled the country, leaving poor Lady Tara to take the blame.

Tara soon recovered and was back to her trouble-making ways.

She bought shares in Home Farm and started a romance with Linda’s widower Biff Fowler.

And when she ran into money trouble she was forced to evict some of the village’s most-loved residents, which did not go down well!

She got engaged to Lord Michael Thornfield, but with her feelings for Biff still strong, she tried to persuade him to be her ‘bit on the side’ after the wedding.

Biff turned her down, and Tara left Emmerdale with her new husband.

Two years after she left as a newly wed, Lady Tara returned to Emmerdale with a hefty divorce settlement.

She was still fond of making trouble though and this time she started an affair with married Sean Reynolds.

The pair tried to keep away from each other but eventually they left Emmerdale together.

Tara returned briefly in 2007 with stepson Ollie for Len’s funeral, revealing that she and Sean were now married.

Anna Brecon and her career after Emmerdale

Anna went on to have roles in other television shows including Doctors and The Bill.

She married the actor Stephen Beckett, who played Dr Matt Ramsden in Coronation Street, and the pair have two children.

In 2000, while she was on her way to work on Emmerdale in Leeds, Anna was involved in the Hatfield rail crash. Fortunately, she wasn’t badly hurt and only suffered minor cuts and bruises.

Could Lady Tara return to Emmerdale?

Lady Tara doesn’t have any family links to Emmerdale any more, but she does have an old enemy – Kim Tate.

We’d love to see Lady Tara return to cause trouble for Kim. Would you?