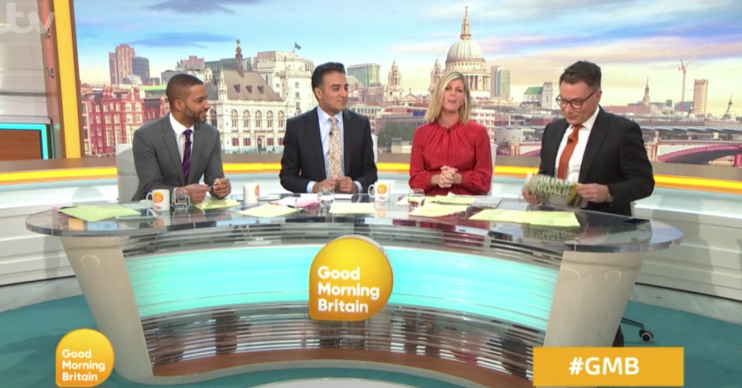 Adil Ray would love a role in Coronation Street

He discussed the topic on Good Morning Britain today

The Ackley Bridge actor would love to land a role on the cobbles, and he could see himself working in the Rovers Return pub.

Adil stepped in as co-presenter on Good Morning Britain today (21.02.20) and while discussing June Brown’s (Dot Cotton) EastEnders departure, Kate Garraway said to her co-host: “You could go and work in the launderette in EastEnders?”

But the Citizen Khan star admitted he would much prefer to head to Weatherfield.

He said: “I’ll pull a pint in the Rovers Return. I’d be well up for that, why wouldn’t you? It’d be great.

I’ll pull a pint in the Rovers Return. I’d be well up for that, why wouldn’t you? It’d be great

Even if Adil did want a role in the EastEnders launderette he would have to get past Karen Taylor – played by Lorraine Stanley – first, as she now works there rather than Dot, who said goodbye to the job in 2016.

June shocked the soap world today by revealing she has left EastEnders “for good” after 35 years as Walford legend Dot.

Read More: Coronation Street SPOILERS: Tracy and Pete fight it out for No.1

The soap stalwart has been a regular in Albert Square since 1985, the year the show began, although she took a break between 1993 and 1997, and another in 2012 when she was working on her autobiography.