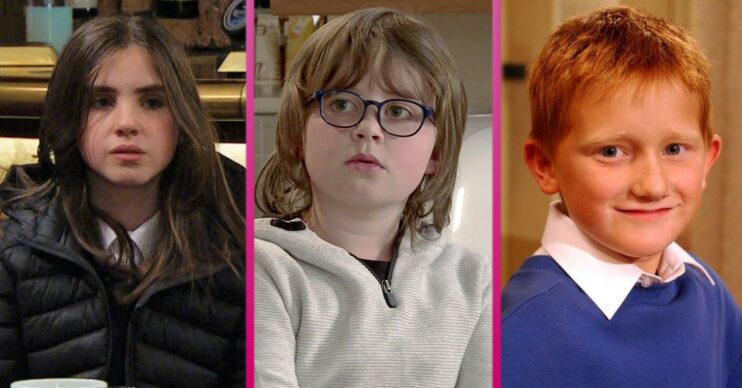 5 soap kids who won awards for their performances

There's so much young talent in soaps

The little one has been nominated not just for his stunning Corrie performances – but also for his work on comedy Brassic.

But being a young soap star with such impressive awards under his belt isn’t a completely novel experience.

In fact there are other stars whose own careers suggest Jude is in for a long and brilliant career himself.

As little Tom Cunningham in Hollyoaks, Ellis Hollins became something of a young soap star pioneer.

He won a whopping EIGHT awards as a youngster playing the orphan – and has landed himself a long-term career as a bonus.

When he joined at just age three, the casting agents saw something special as 19 years later he’s still playing the part.

She left viewers completely mesmerised by her performance as April after the loss of her mum Donna.

And she has continued to impress since with a variety of hard-hitting storylines including her dad being sent to prison and her own bullying torment.

He’s been in Coronation Street for so long that viewers forget he started out as just a lad.

But the actor began age ten as Chesney and quickly collected both National Television Awards and British Soap Awards.

His high profile storylines have recently seen him become a father of five – but when he was a youngster he was terrorising the likes of Rita Tanner with his conwoman mum Cilla.

She scooped scene of the year in 2006 after spending days filming in a flooded mine shaft.

Kidnappings, mental health troubles and even being framed for murders – Eden has played Belle in Emmerdale through it all.

And now a formidable grown-up actress, she’s established herself as one to watch.

The EastEnders youngster has proved herself more than worthy of her British Soap Award.

Playing Bailey Baker’s torment after her mum’s suicide and the turmoil it threw her family into – she showed herself as an exceptional actress.

And this year during her homeless storyline Kara-Leah has shown that she’s only growing in strength.

We can’t wait to see what she does in the years to come!