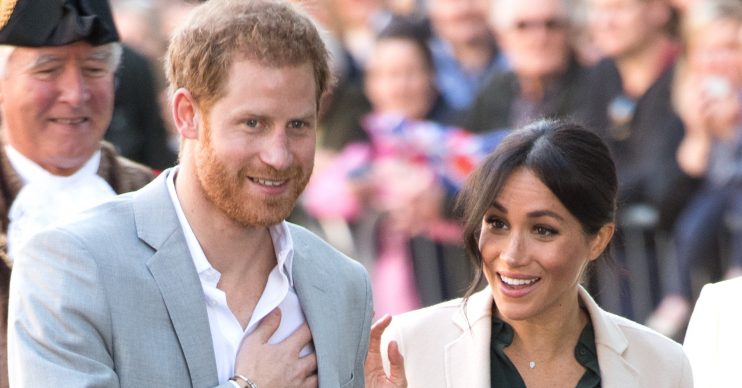 The royal title Harry and Meghan’s newborn son could have

Many people are wondering whether he will be a prince

The Duke and Duchess of Sussex welcomed their first child, a son, on Monday.

It’s believed the royal baby will not automatically be given the title of Prince, due to long-standing rules within the royal family which were introduced by King George V more than 100 years ago.

Baby Sussex could be given the title of the Earl of Dumbarton because a first son of a Duke is allowed to use one of his father’s lesser titles as a courtesy title.

Harry was granted that title by his grandmother the Queen on the morning of his wedding last year as well as being given a dukedom.

Back in 1917 King George V decreed that only the Prince of Wales’ oldest son – in this case Prince William – could use His Royal Highness and Prince.

However, in 2012, the Queen issued a Letters Patent stating that all of the Duke and Duchess of Cambridge’s children could be HRH and Prince or Princess.

Her Majesty may do the same for Meghan and Harry’s son, however, for now Baby Sussex is believed to be Earl of Dumbarton.

Under the rules set out 100 years ago by George V, Harry and Meghan’s son will eventually become a prince when Prince Charles becomes king, because he will be the child of the son of a sovereign.

Hours after the arrival of his son, Harry spoke to reporters and said he was “incredibly proud” of his wife.

He said: “I’m very excited to announce that Meghan and myself had a baby boy earlier this morning, a very healthy boy. It’s been the most amazing experience I could ever have possibly imagined.

What do you think Meghan and Harry will name their son? Let us know what you think by leaving a comment on our Facebook page @EntertainmentDailyFix!