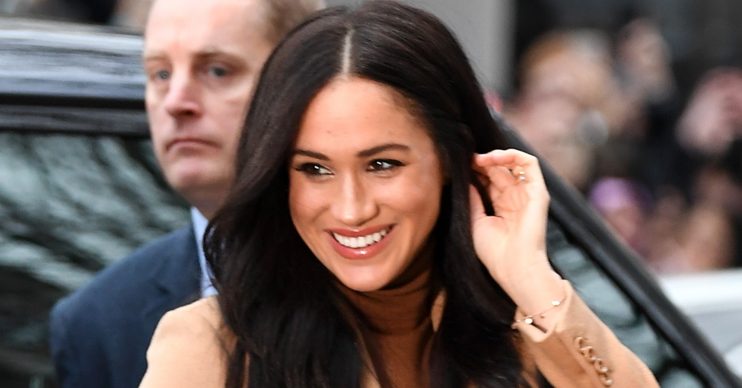 It’s been reported that royal police are facing a “security heartache” as Meghan Markle prepares to fly back to the UK.

Meghan has been in Canada for the past month with her husband Prince Harry and their nine-month-old son Archie.

Harry recently returned to Britain to attend engagements while Meghan stayed in Canada to look after their little boy.

Meghan will soon be heading back to the UK to complete engagements with Harry.

But now it’s been said that officers will have to divvy up roles to guard Meghan in London while also protecting Archie in Vancouver.

The decision to leave Archie behind is reportedly likely to add up to £50,000 on the couple’s security bill.

According to The Sun, the Queen and other senior royals will also be disappointed as they haven’t seen Archie in some time.

A source told the publication: “Meghan’s London jaunt is proving a real headache.

“It’s an expensive time just when the costs of looking after the Duke and Duchess of Sussex are under scrutiny.”

It comes after Canada’s federal government confirmed they will soon stop providing security for Meghan and Harry.

Royal Canadian Mounted Police (RCMP) have been providing assistance to the couple since their arrival in Canada in November last year.

Canada’s federal Public Safety Minister Bill Blair said in a statement: “The Duke and Duchess of Sussex choosing to re-locate to Canada on a part-time basis presented our government with a unique and unprecedented set of circumstance.

“The RCMP has been engaged with officials in the UK from the very beginning regarding security considerations.

“As the duke and duchess are currently recognised as Internationally Protected Persons, Canada has an obligation to provide security assistance on an as needed basis.

Read more: Duke and Duchess of Sussex named among ‘most boring’ conversation topics

“At the request of the Metropolitan Police, the RCMP has been providing assistance to the Met since the arrival of the Duke and Duchess to Canada intermittently since November 2019. The assistance will cease in the coming weeks, in keeping with their change in status.”

Meghan and Harry will be dividing their time between the UK and North America after they officially step down from their roles as senior royals at the end of this month.