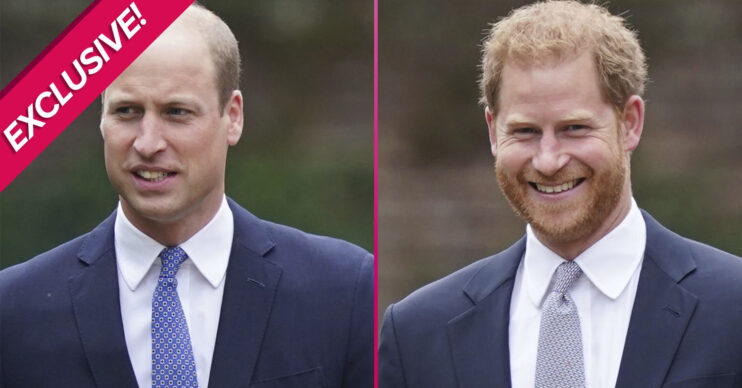 They reunited today for the unveiling of a Princess Diana statue

Prince William and Prince Harry came together today to unveil a statue of their late mother Princess Diana.

The statue honours what would have been her 60th birthday.

The brothers released a joint statement as they praised their mother’s “love, strength and character”.

Now, royal commentator Richard Fitzwilliams says the statement shows their devotion to her.

What does Prince William and Prince Harry’s statement tell us?

Mr Fitzwilliams told Entertainment Daily!: “What their joint statement tells us is that they were both devoted to their mother and, as expected, although we didn’t know they weren’t going to make speeches, it extols her many virtues.

“This was always going to be an occasion to honour Diana…

“…which was undoubtedly overshadowed by the public disagreements of recent months and also the reports about what really happened in recent years.”

He added: “Let us hope in the weeks and months to come that something can be arranged…

“…which advances the healing and reconciliation that she undoubtedly would have wished for.

“Nothing however will happen meaningfully without Catherine and Meghan. All we can do is hope and see what does happen.”

What did the William and Harry statement say?

The statement read: “Today, on what would have been our Mother’s 60th birthday, we remember her love, strength and character…

“…qualities that made her a force for good around the world, changing countless lives for the better.”

William and Harry said that every day they “wish she were still with us”, adding: “Our hope is that this statue will be seen forever as a symbol of her life and legacy.”

Meanwhile, royal fans expressed their delight on social media as William and Harry stood side by side to unveil the statue together.

As they pulled a cloth off the statue to reveal it, Harry looked over and smiled at William.

One fan said on Twitter: “What a moving moment. I love Diana and William and Harry.”

In addition, another wrote: “So nice to see William & Harry together again and smiling.”

After that, a third added: “This is a beautiful moment.”