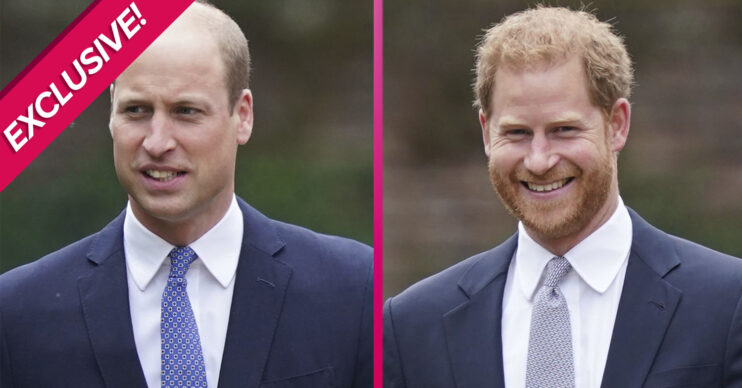 The brothers reunited on Thursday

Prince Harry and Prince William seemed “relaxed and not uncomfortable with each other” during the Princess Diana statue unveiling, a body language expert has said.

The brothers came together to unveil the statue, which honoured what would have been Diana’s 60th birthday, at Kensington Palace.

This is the first time William and Harry were seen together since Prince Philip‘s funeral in April.

Rumours of a rift continue to surround the pair, but they put on a united front on Thursday.

William and Harry ‘relaxed’ with each other

Read more: William and Harry’s statement about Diana statue shows they’re ‘both devoted to their mother despite rift’

Ms Carter told Entertainment Daily!: “Both William and Harry seem relaxed and not uncomfortable with each other.

“Harry lets William take the lead whether it’s giving their aunt a kiss or shaking hands with others.

What else did their body language show?

“Both put their left hand in their trouser pocket at points, relaxed and casual and not stuffy to duty stances.

“Interesting Harry fiddles with his wedding ring a bit towards the end of this clip, normally a sign of discomfort – could be because of all the cameras watching.

“But I didn’t see anything that could indicate there was trouble between them at all.

“Harry also does a power pose – both hands on hips.

“This is often done when a person wants to show they are confident – this didn’t look fake and all very natural.”

Meanwhile, the brothers released a joint statement following the statue unveiling as they praised their late mother’s “love, strength and character”.

They added that they hope the statue will be a “symbol of her life and legacy”.

William and Harry also said that every day they “wish she were still with us”.

Royal commentator Richard Fitzwilliams said their statement shows their devotion to her.

Mr Fitzwilliams told us: “What their joint statement tells us is that they were both devoted to their mother.”

Speaking about the possibility of the brothers reconciling after the event, Mr Fitzwilliams added: “Let us hope in the weeks and months to come that something can be arranged…

“…which advances the healing and reconciliation that she undoubtedly would have wished for.”

What did you think of the statue? Leave us a comment on our Facebook page @EntertainmentDailyFix and let us know.