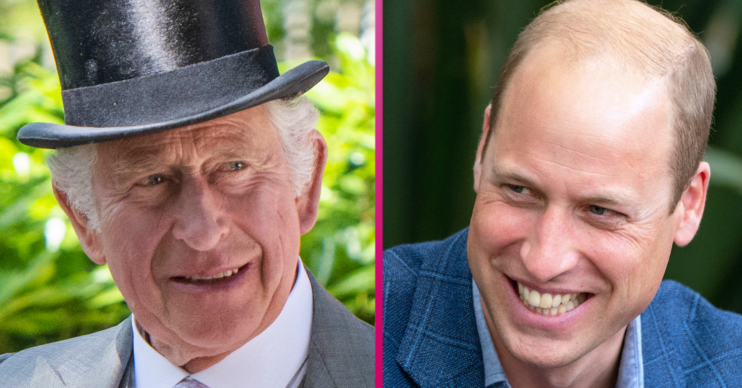 'Swipe through the decades'

Prince William celebrates his 40th birthday today (June 21), with his father Prince Charles the first to publicly with him a happy birthday.

Charles uploaded five snaps to Instagram along with a sweet message.

He instructed fans to “swipe through the decades” to watch William grow from a tiny baby to the family man that he is today.

The Clarence House account posted the five pictures along with a caption that read: “Wishing The Duke of Cambridge a very happy 40th birthday!

“Swipe through the decades!”

The first picture is a black-and-white shot that shows Charles holding his newborn son.

The next shows the father and son on a ski lift during a winter sports holiday.

Next comes a picture of Charles and William getting back to nature, surrounded by cows in the middle of a field.

Proud Prince Charles also shared a picture of Prince William, Prince George as a toddler, himself and Camilla on the Buckingham Palace balcony.

The most up to date picture features the father and son smiling at the camera, Charles’ head resting on his eldest son’s shoulder.

Fans of the royal family flooded the comments section with well-wishes for William.

Many commented to wish the Duke of Cambridge a happy 40th birthday.

Others picked out their favourite picture from the bunch, with the final shot of father and son tugging at the heart strings.

“Last pic is so adorable,” said one.

“Such a sweet collection of pictures – 40 already, gosh, time flies,” said another.

“Happy Birthday Prince William, how proud your family must be of you, we all are,” said another.

“Happy birthday Prince William. I remember that happy day you were born,” another royal fan admitted.

“Happy 40th, Prince William! The boy who turned out to be one of the greatest assets of the Monarchy! Long live the future King!” declared another.

Send your birthday wishes on our Facebook page @EntertainmentDailyFix.