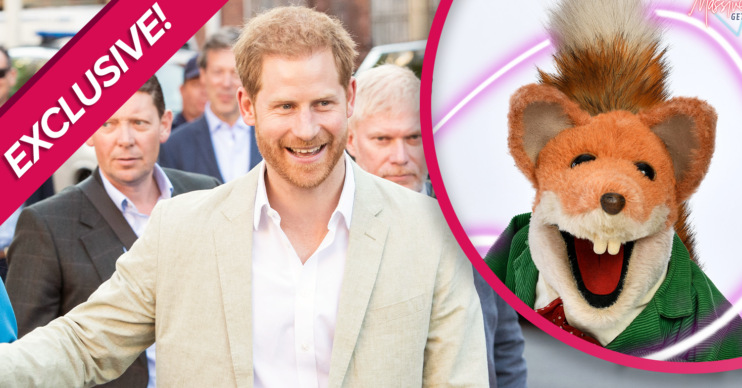 Prince Harry could have been “no more” if it wasn’t for iconic TV fox Basil Brush.

Speaking exclusively to Entertainment Daily, Basil revealed the life-saving moment took place as he performed at a party at Kensington Palace.

At the time, Prince Harry was just five years old and his brother William was seven.

Asked about reports that he had saved Harry’s life, Basil told us: “That is absolutely true.”

The cunning fox – a bonafide national treasure since bursting onto the scene in the 1960s – said he was given a very warm welcome as he arrived at the palace.

What happened when Basil Brush performed for Prince Harry?

“It really was quite marvellous to go to Kensington Palace,” Basil said.

“Lady Di actually made me a cup of tea and brought it over to me. It was honestly like walking into somebody’s front room.

“But the strangest thing was performing. There was the Queen, the Queen Mother, Prince Charles, all the family was there, only quite a tiny audience, so it was hard to get them all going.

“But it was marvellous and it remains one the my most proudest little shows I’ve ever done.”

However, things got a little hairy during the red fox’s royal visit.

A young Harry made his way to a window, which was “sightly ajar”.

Basil revealed: “He did go to the window to try and climb out, he was just going to look. But Harry could have been no more if I hadn’t grabbed hold of his little foot and pulled him back from the brink with my paw.”

Read more: Gemma Collins poses in hot tub as she shows off her weight loss

“It’s a bit far for me to go to LA to perform for them over there,” Basil said.

However, he would love to perform for the Harry and William’s children, should the brothers reunite.

“Now Harry and Wills have got their own kids, I have made myself available for them to go back and perform one more time, I think it would be rather good,” he said.

Basil was also hoping Harry would go and see him in panto in Windsor.

Harry could have been no more if I hadn’t grabbed hold of his little foot and pulled him back from the brink with my paw.

“Every Christmas I do perform at the Theatre Royal Windsor in pantomine and of course the royals come, Edward comes.

“I was rather hoping Harry and Meghan would come but they have moved away from Frogmore House now sadly.

“It’s a shame they won’t be there to see it because as their little one grows up they could have come and seen our pantomime. I’m sorry they’ve gone to LA,” he said.

Known for his cheeky banter, we couldn’t help but ask if any of the royal ladies had flirted with Basil.

“We’re not actually allowed to get that close to them, so no royal flirtations,” he said.

Basil added: “I couldn’t tie myself to one girl, because I can’t do knots. Boom boom!”

Basil is taking part in The Massive Get Together, an online evening of entertainment and variety, this Thursday (September 17). To buy tickets, visit the website here.