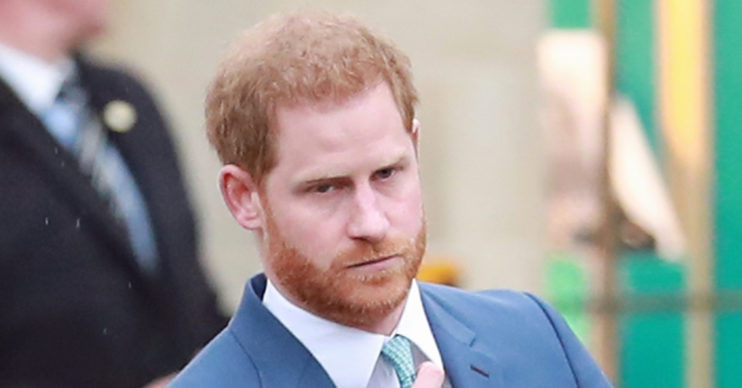 A military hero has hit back at Prince Harry over his remarks about the Commonwealth.

Trevor, 44, won the Military Cross for shooting down three suicide bombers in Iraq in 2005.

After suffering from PTSD, he went on to launch a campaign to prevent veteran suicides.

He even received a letter from Prince Harry, 35, in support of his charitable efforts.

However, Trevor says he no longer has respect for the former monarch.

He said that he believes Harry has turned his back on British veterans since leaving the royal family.

He told the Sunday People: “The first sign of difficulty and he has turned his back on all of us.”

Harry is a former army officer who fought for the UK armed forces against the Taliban in Afghanistan.

“Turned his back on all of us”

When Harry gave up his royal duties in March, this included all of his military ties and titles.

Up until then he had the prestigious role of Captain General of the Royal Marines.

Trevor went on to say that he is also upset by Prince Harry’s comments about the Commonwealth.

Here Harry urged the Commonwealth of Nations to address its “uncomfortable past”.

Trevor reacted to his comments with dismay.

“His comments are disgusting”

He said: “He’s turned into a complete idiot.

“His comments are disgusting and I for one am pleased he has left the UK.”

The Queen, Harry’s paternal grandmother, is of course head of the Commonwealth.

During his video call with members of the QCT Harry said the world should “right those wrongs” in relation to the Commonwealth’s past.

He said: “When you look across the Commonwealth, there is no way that we can move forward unless we acknowledge the past.

“So many people have done such an incredible job of acknowledging the past and trying to right those wrongs, but I think we all acknowledge there is so much more still to do.