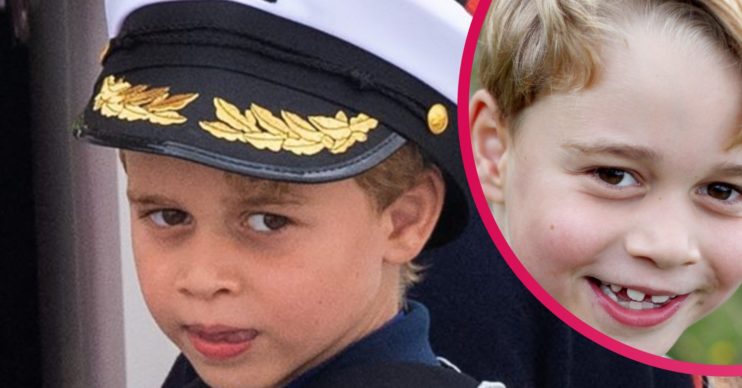 Prince George surprised many royal fans when he showed off his accent in a recent video that he featured in with Sir David Attenborough,

The Duke of Cambridge’s eldest went viral over the weekend when he joined his sister Charlotte and brother Louis to ask Sir David some questions about the environment.

Royal fans went nuts over the video, and many shared their adoration for the family on social media.

However, some couldn’t help but notice that youngsters’ accents, especially George’s, didn’t sound as “posh” as they had imagined.

Well, it turns out there’s a reason for that!

Prof Jane Setter, a phonetics expert at Reading University, told The Mirror: “The accent they have, particularly George, sounds very like Southern Standard British English with some features of Estuary English.”

She explained that George’s accent is actually more similar to William and Harry’s than people may first think.

“William and Harry both have features of Estuary English in their accent.

“I would suggest it will be necessary to wait until they are all much older before any comments can be made on whether they sound posh,” added the professor.

What did royal fans think of Prince William’s documentary?

Prince William: A Planet For Us All fans were blown away by the documentary last night (Monday, October 7).

The royal was hailed as “amazing”, “lovely” and “genuine” as he fronted the ITV conservation programme.

Viewers were also impressed that William was ‘using his privilege for good’ in highlighting environmental issues.

But the hour-long show also gave those watching a peek at how the Prince’s children also embrace nature.

At one point he came face-to-face with rhinos in a sprawling National Park.

He also reflected on how becoming a dad had changed his perspective on saving endangered species.

He explained: “Now I’ve got George, Charlotte and Louis, your outlook does change and that’s why I had to do something.

“I really felt like by the time my children were 20 there may not be another rhino in the world.”