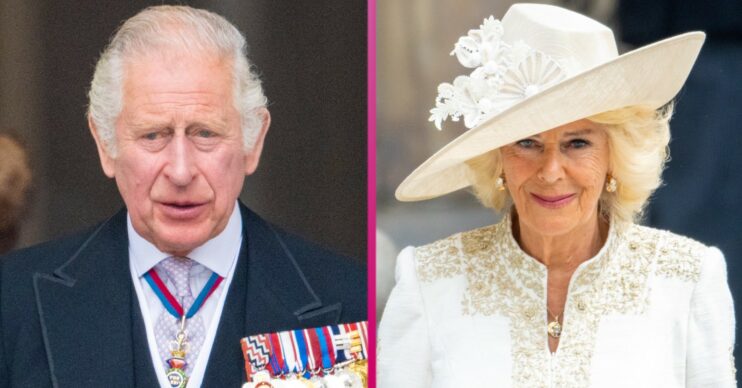 The royal couple are reportedly big fans of the show

According to reports, the Prince of Wales and Duchess of Cornwall made the offer in talks with BBC bosses.

Camilla is apparently a big fan of Strictly so the alleged offer “should be a wonderful spectacle”, according to a source.

An insider told The Sun: “Charles and Camilla are very much driving this and the BBC couldn’t quite believe what was being offered. Strictly at Buckingham Palace is just TV dreamland. It should be a wonderful spectacle.”

Reports claim the show’s quarter or semi-finals are being lined up for the broadcast later this year.

It would bring the Queen‘s Platinum Jubilee year to a close.

Meanwhile, Charles and Camilla could even perform a dance of their own.

Another source told the publication: “The Prince of Wales and Duchess of Cornwall are, like millions of others, huge fans of Strictly Come Dancing – and so is the Queen.

“So there is a real desire and energy to make this happen. Holding the show at Buckingham Palace’s ballroom would be a wonderful treat as we celebrate the Queen’s Platinum Jubilee this year. A lot of work needs to be done to get it over the line.”

The insider added that Charles and Camilla would feel “delighted and honoured” to host Strictly.

A rep for Strictly had no comment when approached by ED!.

Back in 2020, Camilla made an appearance on Strictly in a short video cameo.

She expressed her excitement for the final, which was eventually won by Oti Mabuse and Bill Bailey.

In the video message, the duchess said: “I’m very excited, I know who I’ll be voting for.

“I’d like, on behalf of everybody who watches Strictly, to say an enormous thank you to everybody who’s been involved in this production in this particularly difficult year.

“You have given everybody so much pleasure and you’ve uplifted the nation.”