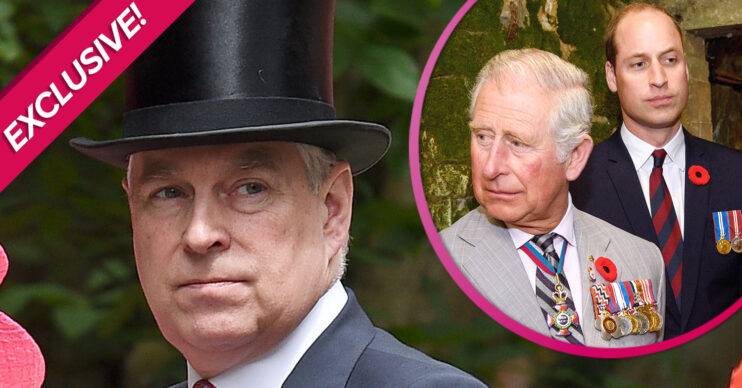 This is a "huge controversy" for the Royal Family

In latest Prince Andrew news, a royal expert has said Prince Charles and Prince William are likely “furious” amid the lawsuit scandal.

The news of Virginia Roberts Giuffre’s lawsuit has rocked the Royal Family this week after she filed a lawsuit against the Duke of York.

Ms Guiffre claims she was sexually assaulted by Andrew when she was 17.

And now royal biographer Charles Rae has said that Andrew is in hot water with his family members due to his past association with convicted sex offender Jeffrey Epstein.

What’s the latest on Prince Andrew?

The royal commentator told Entertainment Daily!: “Prince Andrew is in lots of trouble with this move by the lawyers in the States. If he, which I doubt, attends court or makes a statement under oath, one of the first questions will be ‘did you have sex with this girl?’.

“If he does not answer to the court through his lawyers he could be found guilty in absentia. Which would seriously damage his already torn reputation even further.”

Mr Rae also believes it’s the troubled royal’s own fault that he has been named in the lawsuit because of his unnecessary refusal to cooperate.

He explained: “Andrew has himself to blame, for not answering questions when he was originally asked, despite saying he would in the disastrous Emily Maitlis interview.

“This plunges the royal family into a huge controversy.

“The Queen, who is 95 and has gone through so much over the last 18 months, does not need this sort of controversy in her life.”

And the royal correspondent added that senior royals Charles and William will be angry at how far Andrew has allowed things to go.

He continued: “Equally Prince Charles and Prince William will be furious that it has got this far.

“I doubt if the Royal Family will say anything at the moment as there is now an ensuing court case.”

Meanwhile, Mr Rae also believes that Andrew should have issued a statement instead of remaining silent. He has, to date, failed to comment on developments this week.

He said: “His refusal to make any comment on this latest court action makes matters even worse. Virginia’s lawyer has said that Andrew can ignore him, but he cannot ignore the court case.

“Andrew has had his reputation destroyed in the public’s eyes here in the UK. The latest installment will do nothing but increase that displeasure.”