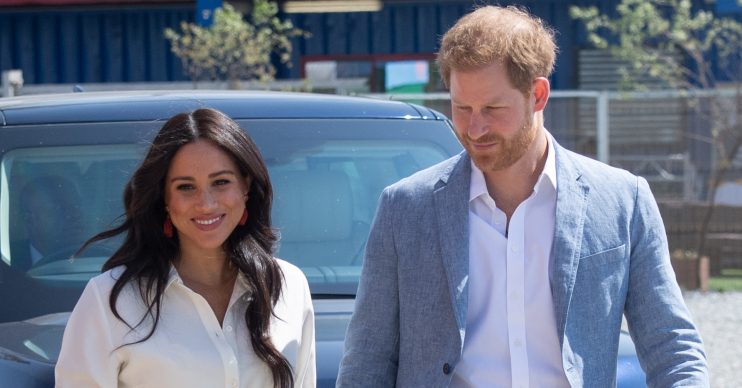 He's been good pals with Harry for years

Prince Harry’s polo pal Nacho Figueras has revealed how Meghan Markle “gave up everything” to marry the royal.

The Argentinian, 42, opened up about the Sussexes’ relationship on The Ellen Show, telling the host he “loves them so much”.

Thank you my friend @theellenshow for opening the conversation on why love should be the answer when we talk about people that work so hard to make the world a better place. I will defend my friends @sussexroyal with my life because they are making a difference and we should all be supporting and helping instead of attacking. Let’s be kind to one another.

Nacho, who captains the charity polo team that Harry plays in, spoke with host Ellen Degeneres about the Sussexes’ recent decision to take legal action against a number of media outlets.

In a clip from the interview shared on Nacho’s Instagram account, Ellen said she “supports” what Harry and Meghan are doing to “protect themselves”.

He replied: “I’ve been friends with [Harry] for 12, 13 years now and I’ve seen it happening right from the very beginning. He really cares, he cares about children, he cares about making the world a better place.”

Nacho went on to say it is “surprising” that individuals and elements of the media are attacking the couple when they should be treated “as heroes”, because they are giving up their time to “make the world a better place”.

Elsewhere in the conversation, the professional polo player called Meghan “an incredible girl” and said she “gave up all the things she had to marry this man she loves”.

He added: “Nobody knows all of the very hard things that go with that. I love them so much! They’re good people.”

Much of the Sussexes’ time is spent supporting charitable causes they feel strongly about.

This week, Prince Harry teamed up with singer-songwriter Ed Sheeran in a special collaboration for World Mental Health Day.

The duo starred in a hilarious new video to raise awareness of the resources and help available to people experiencing mental health issues.

And Meghan chose to dedicate her first project after returning from maternity leave, following the birth of baby Archie, to supporting woman as they get back into the world of work.

Her first official engagement involved the launch a new clothing collection for Smart Works, a charity that provides training and interview clothes to unemployed women in need.