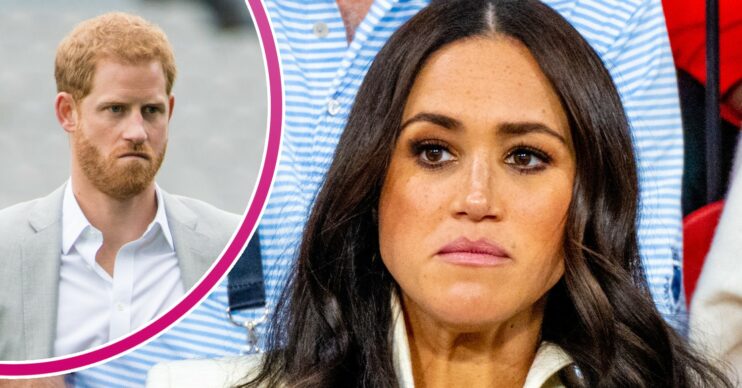 After Meghan Markle and Prince Harry were reportedly invited for a summer stay at Balmoral, latest reports allege the invite is a “bittersweet” one for the duchess.

It was reported that the Queen invited the Sussexes to stay with her at Balmoral.

However, now there are claims that it has sparked fears for Meghan that the welcome “back into the fold” could cause Harry to want to move back to the UK permanently.

Last week, it was reported that the Queen had invited Prince Harry and Meghan to stay with her at Balmoral.

It is believed to be the second time this year the Sussexes have received an invitation to stay there.

Read more: Meghan and Harry are ‘burning out their royal status’ and will be ‘forced’ to give up their titles

A royal source claimed that staff were preparing for all the royals to be there, including Harry, Meghan and their children.

However, the invitation has been described as being “bittersweet” for Meghan.

It is alleged she is worried Harry will want to move back to the UK now his relationship with his family appears to be improving.

Speaking to Closer, the royal source alleged why they think the invite is a bittersweet one for Meghan.

“It’s a bittersweet invite for Meghan, because on one hand it fuels her and Harry’s confidence that they are very much still part of the family, but after so much time away, she fears Harry will be lured back into the fold and want to return to the UK,” they alleged.

Meghan doesn’t doubt that Harry is committed to spending the rest of his life in America.

“Meghan doesn’t doubt that Harry is committed to spending the rest of his life in America, but does have certain trepidation over how these types of visits can pull at his heartstrings.”

“She’s been aware of Harry’s homesickness for some time, and she can see just how excited he is to show more of his heritage to their children, without the attention and security fears that surrounded them in London,” they also claimed.

At risk of ‘burning out’ royal status?

News of Meghan’s reported fears comes after a royal expert claimed she and Harry are “burning out their royal status“.

Tom Bower, author of a bombshell new royal biography about Meghan and Harry, made the claim in a recent interview.

He then continued, saying: “They are constantly searching for new things to do. But it always comes back to the royals.”

Bower also spoke about how the Sussexes flew back for the Jubilee to take pictures with the Queen.

Palace aides reportedly stopped Meghan and Harry from taking pictures with the Queen for their Netflix show.

“I think they’ll in the end have to give that up because it won’t wash well,” he also said.